Two from Kidlitcon: The Freak Observer and Split

I'm sorry to report that today's reviews are going to be on the brief side. They're also on the "better late than never" side. But I still wanted to share them--two titles that I picked up at fall's Kidlitcon in Minneapolis, by two authors I greatly enjoyed meeting and chatting with. One last thing: tune in next Thursday for another installment of Toon Thursday!

Source: I purchased both of these books. 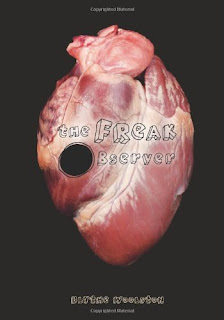 The Freak Observer by Blythe Woolston

Reader Gut Reaction: Loa Lindgren is an enigmatic, troubled but sharp-witted narrator, and that kept me intrigued and kept me reading. I also loved the physics facts and problems that began each chapter--I kept scouring them for hints about the upcoming section, and they tied everything together in a neat way.

Concerning Character: Loa and her family are realistically flawed, and I was impressed by how much attention was given to their individual journeys through grief. It was not easy to read about any of them, because they seemed so true to life; yet because they were so clear as individuals, it kept this from being simply a straightforward or moralistic problem novel. And Corey, Loa's former best friend, was defined in many ways by his absence--a tricky approach that was really well done.

Recommended for Fans Of...: Laurie Halse Anderson's Speak and Catalyst.

You can find The Freak Observer at an independent bookstore near you! 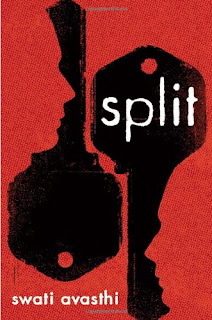 
Reader Gut Reaction: Bravo for a convincing male narrator with the strength to escape from an abusive home. A lot of tension is created simply through the horror of Jace's situation, and the constant possibility that his father might track him down and drag him back into the cycle of abuse, a cycle his mother seems unable to escape. His relationship with his older brother is convincingly complex and rocky given the circumstances--Jace shows up out of the blue looking for a new home, and Christian is trying to leave his past behind.

Concerning Character: The depiction of Jace's struggle to break the abusive cycle that he sees germinating within himself is heartbreaking. His brother's internal struggles are nearly as wrenching, sort of an older-brother echo of Jace's, as Christian tries to maintain a normal relationship with his girlfriend Mirriam when his past has just been flung back in his face. Mirriam is kind of a saint, and I love both her patience and no-nonsense attitude. She makes a great foil for the two brothers learning to open up to other people--including each other.

Recommended for Fans Of...: Nancy Werlin's The Rules of Survival

You can find Split at an independent bookstore near you!
Posted by Sarah Stevenson at 9:02 PM
Labels: AF, Cybils, Problem Novels, Realistic Fiction, Reviews, Sibling Fiction

I've heard a lot of good about SPLIT and have been hoping to read it -- you just don't hear a lot about guys and abusive situations, and I think it's good to put that out there, because it does happen.

Aargh. I MUST actually ATTEND a kidlitcon eventually.