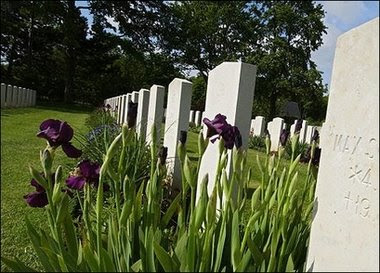 I can't remember how old I was,
but I used to stand in front
of the bathroom mirror, trying to imagine
what it would be like to be dead.
I thought I'd have some sense of it
if I looked far enough into my own eyes,
as if my gaze, meeting itself, would make
an absence, and exclude me.

It was an experiment, like the time
Michael Smith and I set a fire in his basement
to prove something about chemistry.
It was an idea: who I would
or wouldn't be at the end of everything,
what kind of permanence I could imagine.

In seventh grade, Michael and I
were just horsing around
when I pushed him up against that window
and we both fell through--
astonished, then afraid. Years later

his father's heart attack
could have hit at any time,
but the day it did they'd quarreled,
and before Michael walked out
to keep his fury alive, or feel sorry for himself,
he turned and yelled, I wish you were dead!

We weren't in touch. They'd moved away.
And I've forgotten who told me
the story, how ironic it was meant
to sound, or how terrible.

We could have burned down the house.
We could have been killed going through
that window. But each of us
deserves, in a reasonable life,
at least a dozen times when death
doesn't take us. At the last minute

the driver of the car coming toward us
fights off sleep and stays in his lane.
He makes it home, we make it home.
Most days are like this. You yell
at your father and later you say
you didn't mean it. And he says, I know.

You look into your own eyes in a mirror
and that's all you can see.
Until you notice the window
behind you, sunlight on the leaves
of the oak, and then the sky,
and then the clouds passing through it. 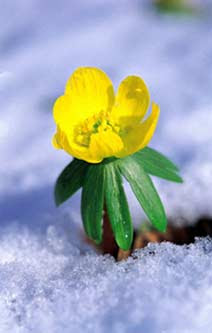 "A good poem, I think, is one that you want, almost immediately, to reread," according to the poet. I can't tell you how many times I read this one... thinking of it from different angles, trying to reach for the elusive secondary and tertiary meanings. All poetry can be misinterpreted, says Lawrence Raab. Agree? Disagree? Don't miss this brief conversation with the poet at The Independent Review Site. And don't miss more poetry you'll want to revisit, hosted by Jama Rattigan @ Alphabet Soup, who encourages you to drop by with a Bob Dylan lyric. Since I don't know any of his songs that weren't covers of someone else's, I'm going to have to think about that for awhile!
Posted by tanita✿davis at 3:22 AM
Labels: Poetry Friday, Views

Yes, there's a lot to this one, lots of strands to relate together. It doesn't send me away with a pat sense of satisfaction, but with some things that have a significance yet to be teased out. I like the way it develops looking into the mirror at the beginning and end, and I like the idea that we all have at least 9 lives.

I love this one, Tadmack.

(You have some fairly hopeful images on your blog today. Go away, ice matter! Go away.)

LOVE this poem. So true! You're right -- it begs to be re-read. Bob will be calling you tonight to sing one of his songs. :)

I love this poem! Especially the bit about falling through the window and setting a fire in the basement. I've lived through a couple of times of foolishness like this myself. By God's Grace I've never had anyone die just after I hollered at them...*crosses herself seeking blessing and protection for all that she's yelled at lately*

What is that gorgeous flower? I found some just like it in the woods near here and can't identify it. Some type of primrose?

I mean the yellow flower in the snow. I like the irises by the graves too, of course.

Andi, I don't know what kind of flower this is -- I didn't take the picture this time -- but it's gorgeous, and I'm hoping someone knows!

The yellow flower, I believe, is one that a horticulturist friend of mine recently told me the name of. I can't remember the whole thing, but I think part of it is "wood aconite." Aconite is the part I remember, because that flower grows around here and for years I've been trying to find its name.

oh, geez, that one made me a little misty-eyed. Very nice, TadMack.

I'm no botanist, but isn't it just a buttercup?

Anyway, if "misinterpretation" means reading something not intended by the author then of course. Though, I don't think this is exclusive to poetry. Nor do I think it's always a bad thing.

(It does look like a buttercup, but the foliage/leaf bit isn't the same...thanks, liquidambar, according to the encyclopedia, it is indeed a winter aconite. It's in the buttercup family.)

Misinterpreted? I don't know. I think maybe all poems can be multi-interpreted. Y'know?

"But each of us
deserves, in a reasonable life,
at least a dozen times when death
doesn't take us."

I'm glad he thinks so, too.

On a less serious note, this phrase reminds me of the funniest children's book about death I've ever read. (There is probably only funny one, come to think of it.) Go find Grandy Thaxter's Helper by Douglas Rees. Death comes to take Grandy Thaxter, but she's TOO BUSY TO DIE! My heroine!

You are right. I am going to have to read this one several times. I can't make my mind up if it gives me hope or not.

Oh, I like this one a lot. And it does make me want to re-read it, with its mix of hope over randomness. Thanks!