FIELD TRIP! The Museum of Childhood 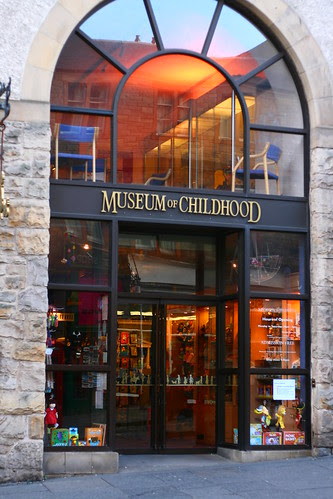 Here's a sad truth: I didn't particularly like being a child.

An early maturing body and an over-developed sense of responsibility, "encouraged" by a very strict father made me behave as a smaller adult, and people generally treated me as such. Teachers expected me to be the one who told the truth about what mischief other students had gotten up to, and left me "in charge" of other groups of kids. Other parents asked their children why they couldn't be like me (yes, I was the one you all hated. Sorry. I didn't like it either.), and only my dad wasn't satisfied with who I was turning out to be. Childhood was an anxiety-riddled, tension-filled time and I wished it gone, almost daily.

Unfortunately, once I hit my twenties I realized that I'd made a mistake: adulthood wasn't much better. 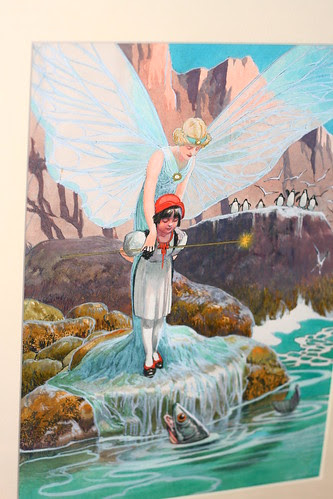 I decided I needed a do-over. Thus, I have entered, and remain in an extended period of adolescence, my second -- and prolonged as long as I want it to be -- childhood.

The title of this illustration with the fairy is Fairytales from Wonderland, which I thought was all too fitting for our blog, and our daily forays into the books we love and the books we strive to write. Fairytales are accessible no matter what your age... so if childhood was a complete bust for you, too, welcome to the expanding worlds of Wonderland...


Sitting on a tour bus in Edinburgh four months ago, I caught a glimpse of The Museum of Childhood in a side street. I've since gone back to Edinburgh, but on a weekend, that is one packed city, and, because my West Coast eyes still see sandstone and think everything in the UK looks alike, I wasn't able to find it again. Then, last week, I took a tour bus from a different company which dropped me off at the door. Serendipity! 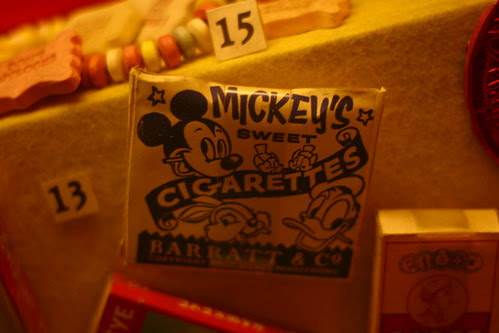 There are five galleries in the museum, beginning with things like the first baby bottles -- oddly shaped glass things with corks in them from the 1800's. These are followed by antique baby food containers and ration books for children's meals from WWII. The candy cigarettes gave me a good snort. ("Cemel" smokes -- with a camel on the packet? Camel's been pushing to kids for that long? Way to have NO deniability, people.) 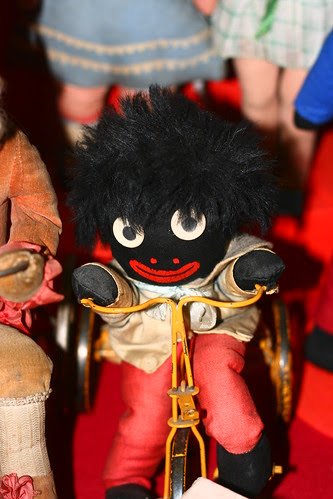 Of course, there were acres of rooms full of dolls: military 'dolls,' dolls depicting various cultures (with varying success), apple dolls, corn dollies, nesting dolls, dolls found in archaeological digs -- you name it, there's a doll for it. There are dress-up stations for actual children, antique toys and costumes behind glass, trains, cars, tricycles, jump ropes, jacks, doll houses by the mile and all the other accoutrement of childhood you can imagine. Even though it is a small and easy to miss museum, it is stuffed, and if you enjoy miniatures and train sets, the gift shop is quite a place to lose a few dollars (or pounds, as it were). 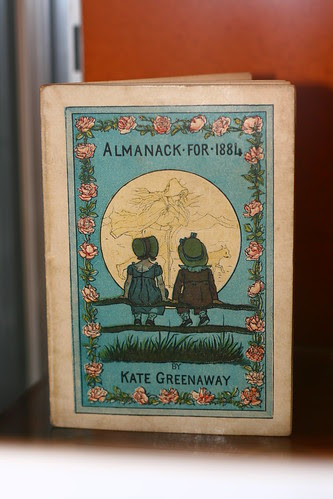 Childhood in Victorian times came with what felt like some of the same moral strictures I lived with, which makes Victorian times interesting to explore. I found a game called "The Reward of Virtue," which was sort of a horrifying exercise in guilt, created in 1801. Players could be derided as truants, pigs, mice, misers, fortune-tellers and peacocks and more, and the rhyming couplets of descriptions made it even more entertaining. I much preferred the covers of "Little Pets" and other gorgeously illustrated children's picture books. This instructive almanac likely came with the same moral poetry, but there is a certain amount of charm in the cover illustration that makes it forgivable.

As I stood in the Museum, I thought of all of you; of Jules and Eisha, when I saw the Alice in Wonderland illustration, of Laura Purdie Salas, when I saw the knitted mittens on strings and the socks, the toy car parts reminded me of Fuse#8, and every musical instrument reminded me of Saints & Spinners. All of you were in the museum with me...especially in the book room. 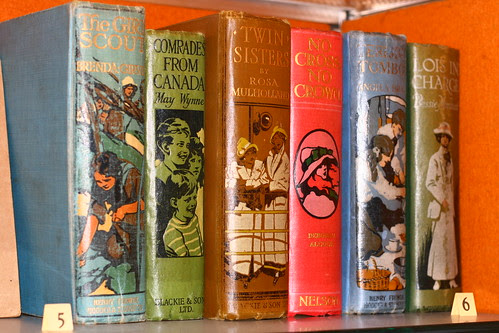 twenties with young girls in mind -- I had to stop myself from wanting to pry open the airtight case and flip through them. I had an immediate jonesing to hie myself to a library and dig out the oldest book I could find and review it -- as Virginia Woolf once said, libraries are full of "sunk treasure." (Side-streets in Edinburgh are, too, since across the street from the wonderful museum is the Evil Fudge Kitchen...!)

It's a tiny museum, and it didn't take more than a couple of hours to get through the whole thing, but I do hope that if you're ever in the neighborhood, you drop by. It put me in my happy place -- a place I'm still making up as I go.

Cheers!
(Click on any of the pictures and see them larger in the Flickr gallery. And there are more.)
Posted by tanita✿davis at 12:18 PM
Labels: Views, What We Do

Thanks so much for sharing your visit. I'm squealing with delight at the dolls and books. I think my life is a museum of childhood.

I was also one of those kids who did not view childhood as a flowery meadow of freedom and joy. Not that I had a horrible childhood, either--it's just that kids have a lot more worries, responsibilities, and negative experiences than most adults seem to remember.
This post was great as a vicarious trip to the museum!

As I would have been happy to never have left my childhood, this museum is on my to-do list when I visit!

That is so cool, T. Thanks for sharing it. I definitely would like to visit one day, and would of course spend much time in the book room.

As for being in a second and prolonged childhood, I say "good for you." I'll be it helps your writing, too. Certainly it makes your blog one of my favorites to visit.

Awesome! It's funny but someone was just talking to me about 20's girl novels for kids. Great minds think alike, it seems.