The jacket flap copy for this novel was "Newsies" meets "Les Mis" or something like that, which made me chuckle, as I have seen neither and am not particularly interested in musicals, in any event. However, I like history a great deal, and had hopes for this novel from that point of view.

Synopsis: Metaltown is where it all gets done - where the detonators for the bombs are made, where the shells are filled, where the war gets its weapons while the ultra-rich Josef Hampton and his heir, Otto, get richer. The people of Metaltown are exhausted, grimy, and treated less as human beings than as cogs in the Hampton family's wheel, however -- and no one knows this better than Ty. She was raised in an orphanage, and has relied on the tight friendship and code of the streets of her friends, especially Colin. Colin isn't like Ty - once, he lived on the better side of town, went to school, and didn't have to work, but with his Mom doing double shifts at a factory, her girlfriend, Cherish, sick from corn flu, the sickness which comes from the bio engineered food which has killed hundreds, and with Colin's brother a junkie, they've come down in the world. Colin is all Ty's got, and though he's got a bit more family, she knows he's got her back, too. Or at least, he did -- but then he met the clean, pretty girl who reminds him too much of his old life. Lena's a Hampton - what does she know, really, about going without pay and working twelve hour shifts at the factory? What does she really know about suffering? Ty can't see anything good about Lena getting involved in their lives. She's determined to change the world of Metaltown - and all she needs is a guy like Colin at her back. They can start a union like the Brotherhood, and won't let anything stop them.

Observations: The podcast, "Stuff You Missed In History Class" recently had a piece on the London Match Girls Strike of 1888. If you remember this from the history of the Industrial Revolution, you know that the situation that made the strike happen was real -- the deadly bone rot caused from the phosphorus used in the match heads, the fires from the "strike anywhere" aspect of the matches, the poor working conditions, including dimness and long hours of standing, the fines for lateness or for talking, the charges for the tools the women used to make the matches -- and the fines for them being broken or stacked wrongly or whatever. It was, to put it succinctly, sharecropping with matches, and like most 19th century labor strikes, it was ugly and brutal and frequently covered in the British press, which brought out a lot of gasping from Nice People who were Shocked, Sir, Simply Shocked by the mere thought of such poor people living on London's East End and living in squalor, etc. etc. To be honest, I tend to hate stories like that, because I find that reality and the level of gasp-clutch-pearls painful -- simply because the whole idea of industrialists making bank on the backs of their workers isn't just a story -- it's real life today, and it never stopped, only mostly moved out of English-speaking countries. And yet: if we don't know about it, read about it, or talk about it, we don't remember what we have or where we came from. From that point of view, this is a necessary book. 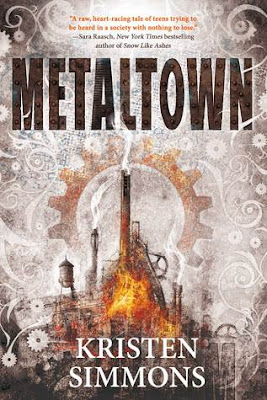 This novel has a lot of the elements historically present in a story of unions and laborers -- poor working conditions, a union crystallizing from the desperation of the poor and mistreated, graft, and abuse. It lso has a series of coincidences, a clueless, idealistic, rich-girl white savior, and a love triangle -- which I bluntly think the novel would have been stronger and cleaner without. I found myself disappointed by that, and frustrated that a strong and smart girl like Ty turned into an all-about-the-boy girl - especially when there was SERIOUS STUFF TO DO -- but then, I'm always the one who rolls their eyes and throws the book across the room when the hero gives the girl a scorching kiss in the middle of a gun battle, and I loathe obvious plot devices like triangles. I didn't buy the romance and feel it detracted. Your mileage may vary.

Conclusion: While there were plenty of stereotypes at play, there was some quiet diversity in this novel, which was good to see. A slow start - about the first 200 pages - before the action catches on might make this a tricky novel for those who like to simply leap in, but the gritty realism will keep most reading. I did wonder was how this dystopian world had come into play - historically how the world had come to this sorry pass to begin with - and unfortunately, that wasn't covered in the novel. The history behind a dystopia is as important, to me, as how people live in the here-and-now. As infected as people are today with the spirit of "never forget," how would people not know their history? World building questions will probably less to those in search of a fast-paced story with strong romantic elements. Will probably go down well for those who liked Patrick Ness' THE ASK AND THE ANSWER, Phillip Reeves MORTAL INSTRUMENTS books or the dystopian elements of INCARCERON.


I received my copy of this book courtesy of the publisher. Today, you can find METALTOWN by Kristen Simmons at an online e-tailer, or at a real life, independent bookstore near you!