Without getting too detailed, I wanted to give my rather belated impressions of the Cybils finalists for teen Fantasy and Sci-Fi this year, now that we Round II panelists have been released from our vow of silence. Some of these books were library copies; others were review copies provided by the publishers for judging purposes. Tune in Monday for Part II.

For the official blurb about the winning title, Rot & Ruin by Jonathan Maberry, click here. To read the Round I panel's blurbs about the finalists, click here. 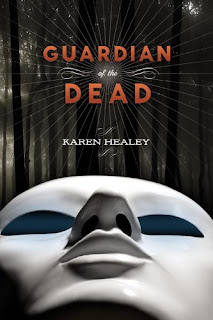 Guardian of the Dead by Karen Healey

Of all the finalists, I think this was the one my teenage self would have enjoyed the most. It's a story that includes traditional mythological figures from the Maori of New Zealand and brings them literally alive in the modern world. And they're not just beautiful, these faery-like creatures—they're dangerous. As a teen reader, I loved books about mythological or legendary beings actually being alive in our world—I was a huge Charles De Lint fan, to name just one example. I also like learning about new traditions that I don't know much about.

The main character Ellie was very relatable and normal, but also someone who came into her own strengths over the course of the story. From time to time, her tallness/size felt a little overemphasized to me, as if the author was working hard to make sure Ellie wasn't superhuman by focusing on the things that make her insecure. On the other hand, her insecurity did strike me as realistic, and I really did like that the message was that you don't have to fit what society says is beautiful in order to be attractive. It's a message that could have come across as heavy-handed, but it didn't here. All in all, I really enjoyed this one.

You can find Guardian of the Dead at an independent bookstore near you! 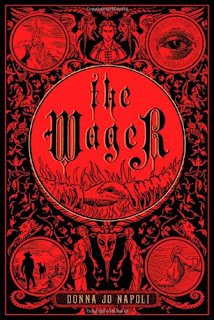 The Wager by Donna Jo Napoli

This one is a retelling of a little-known but fascinating Sicilian folktale, and you all know I loves me some fairy tale and folktale retellings. Plus, it's a story about making a deal with the devil. How fun is that? However, despite the engaging premise, I found this one a little slow to get going. Once the plot picked up, though, the pace was more satisfying and I was more absorbed by the quest of Don Giovanni to get his old life back. There are plenty of gory details about living in destitution in the wilderness, and his treatment by those he formerly looked down upon was appropriately nasty and very much in the tradition of classic folktales. In the process of satisfying the terms of the devil's wager, he deepens as a person and as a character, and there's a rather delightful twist at the end in which he discovers that not everything is as it seems. Nevertheless, I found Don Giovanni to be more of an allegorical type rather than a fully-realized character, and that kept me at more of a distance than I usually like.

You can find The Wager at an independent bookstore near you! 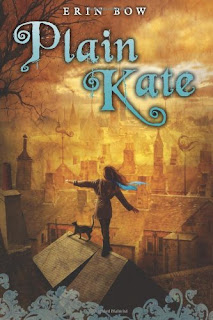 I want to start off with this one by saying that I loved the writing in this book. It was absolutely beautiful in places--simple and profound. This story, too, has many of the characteristics of a retold fairy tale—the orphaned Kate must go forth into the world to discover her extraordinary destiny beyond simply being a talented wood carver. However, the fact that the book also defies some expectations, while still remaining firmly in the fantasy tradition in other ways, was something I enjoyed. For instance, Kate's story is more about survival and endurance than "adventure." It's not a straightforward quest, though she does ultimately end up with a very important task to fulfill. Fortunately, she's not alone—she has the companionship of Taggle, a talking cat who ends up being a very appealing and well-rounded character in his own right with an important role in the story.

I'm not afraid to say that the ending of the book is gut-wrenching and made me cry, although I wish it had resolved a few more threads than it did. I also wish Kate had been a bit less passive--a lot happens TO her, and she's constantly at the mercy of other, more powerful forces. However, it does fit with the grimness of the tale and of the setting. I look forward to reading more from this author.

You can find Plain Kate at an independent bookstore near you!
Posted by Sarah Stevenson at 8:00 AM
Labels: Adventure, AF, Fantasy/Sci-Fi, Mythology, Reviews