CYBILS SFF BOOKMARK: Out of the Ordinary Sibling Stories

Sirens. Sisters. Whisperers. Angelic automaton. A serving of siblings - loving brothers, backstabbing sisters -- all out of the ordinary Cybils nominations, served with a hint of intrigue and a soupçon of darkness. Oh, and a smidgen romance, too. 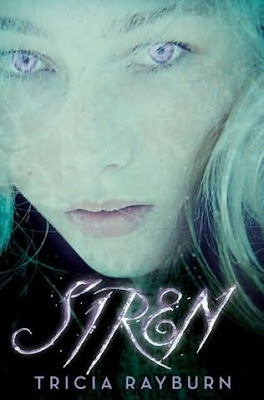 Siren, by Tricia Rayburn: Cowardly Vanessa hides behind her vivacious, daredevil sister, Justine. Despite being almost finished with high school, Vanessa is afraid of the dark, of heights, and of being alone. Once a water-lover, until a near-drowning accident changed her, Vanessa even fears the sea. Justine doesn't believe in fear, and patiently coaxes her sister into believing that her darkened bedroom is bright as broad daylight, that the Maine cliffs where Justine loves to dive are perfectly safe, and that she, Justine, will never leave her.

None of that is true, of course, and for awhile it's difficult to read a character's inner voice which is so diffident and so insecure. The sisters' unequal relationship continues through to the summer Justine and Vanessa return to the vacation home. Vanessa can add fear of the strangely turbulent seaside weather, her sister's increasingly more dangerous behavior, and her discomfort with the newly gorgeous Simon, from the cabin next door, to her list of fears. Everything is different this year -- and Vanessa doesn't quite understand how it all happened. Justine is crazier this year, and she and Caleb, her on-again, off-again, he's-only-good-to-make-out-with boyfriend, seems to be the true love of her life.

Then, only two days into their summer retreat, Justine takes a risk from which she doesn't return. No one understands. Is it Vanessa's fault, as her mother seems to imply? Or it it something else? And why has Justine's boyfriend, who was devoted to her, vanished -- and been seen hooking up with someone else?

A strange, twisty bit of fiction which from one angle could seem a perfectly normal story of a family's loss -- until the unexpected turns where things stop adding up. The novel ended on a disquieting note that makes me think there will be a sequel. It wasn't entirely successful in creating Vanessa as a likable character, but the novel was, shall we say, darkly intriguing. 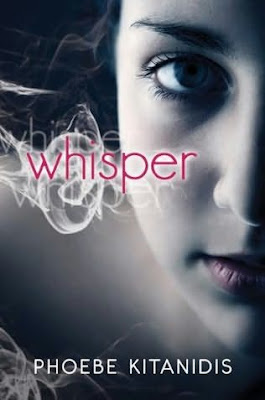 Whisper, by Sophie Kitanidis: Who would you be, if you tried to make every single person you knew... happy? Who would they be? Joy and her icky sister with the mocking nickname of "Icka" have a special gift, which enables them to hear the whispers of wishes. Their mother has taught them that it's a gift, and that it enables them to make the world a brighter, better place. For Joy, this has been mostly true -- but not helping wishes come true for her friends is somewhat scary, and actually causes her a pain in her heart. So, she does her best to make the world better for her crew, and in turn she's been made one of the most popular, best-known freshman in her class. She's also prone to anxiety migraines, and is constantly trying to be sure and serve up happiness to everyone on a silver platter.

Jessica, Joy's sister, doesn't agree with their mother's happiness theory. She rants that the world is dark and full of evil people, that most people wish for crap, and that their mother is on a permanent vacation from reality. She calls Joy her mother's Mini Me. The Whispers, Jessica always says, are nothing but a curse, and their mother has lied about all the good things they're supposed to bring. She also tells Joy that if she really knew what her friends wished for, she'd know they weren't really her friends.

When Jessica deliberately destroys the vibe the morning of Joy's fifteenth birthday by reading the wishes of Joy's best friends and manipulating them into believing that Joy is the reason they're unhappy, Joy has had it. She tells Jessica that she wishes she never had to see her, ever again.

But something has happened - Joy's Whispers crackle out and fade once her fifteenth birthday is past, and then -- Jessica vanishes. Waking or sleeping, Joy can't get her sister out of her head -- and it seems like she's trying to tell her something -- that she's in danger.

Is it worth wishing you can find someone you think you hate?

An excellent twist on sister-fiction, this held my attention right to the end. This novel also left room for a sequel. 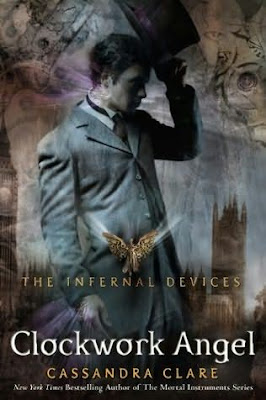 Clockwork Angel [Infernal Devices, Book 1], by Cassandra Clare: After the death of her aunt and only remaining female relative, Tessa Fell sails from New York to join her brother, Nathan, in England, where he has found employment and promises that he can take care of her. Only, he's not at the docks to meet her ship. Instead, two women, Mrs. Black, and Mrs. Dark, meet her. Troubled, Tessa resists going with them until she reads a note from her brother in his familiar script, full of reassurances. The two women say they'll take her right to him.

What follows next for Tessa is a harrowing, terrifying time - she is alone and frightened, imprisoned in a house with only one dress to wear, scratchy, thin, blankets on the bed, and silent -- and very strong -- servants who drag her kicking and screaming to The Dark Sisters, as they like to be called, to be trained to do -- what? What is it that these women want? Why do they expect her to be grateful? Why won't they let her go, leave her alone? What is the Pandemonium Club?

And the most crucial question of all -- where is her brother?

Without giving you any spoilers, I can only say that this is a steampunk mystery with plenty of action and suspense and questions that don't get answered. Look at the cover - even though we're introduced to Tess first - look, Ma: no female face! No face at all, really. Woot! In this book, there are gadgets galore, and a full cast of the best sort of characters - mad inventors, debonair swains, a teensy flying machine -- the works. Since it's Book 1, obviously there's going to be a sequel! This is also the prequel to Cassandra Clare's Mortal Instruments series, and so far, I like this even better than those.

So, there you have it: three sit-down-and-read-it-in-one-gulp sibling stories -- with mystery, murder, and mayhem to spare. And the odd gear.

You can find SIREN, WHISPER (which I still think should have been called "Wishes"), CLOCKWORK ANGEL, and the brooding, SISTERS RED at an independent bookstore near you!

The first novel reviewed in this post received and reviewed courtesy of its publisher.
Posted by tanita✿davis at 12:00 AM
Labels: Cybils, Fantasy/Sci-Fi, Reviews, Sisters

Well, WHISPER definitely sounds intriguing--I hadn't heard about that one, but I'll keep an eye out for it.

CLOCKWORK ANGEL is definitely one I've been planning to read. My mom's got a copy, so I may be inching my fingers toward borrowing it soon...