In real life, I don't do whiners, but sometimes, whiners in fiction make me smile. We all know we're not supposed to whine; especially the young adults in the literature doing the whining know it's not an especially grown-up response, but sometimes... whining is all you've got. 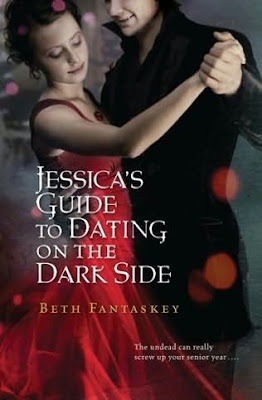 In Jessica's Guide to Dating on the Dark Side, by Beth Fantaskey, there's a bit of vampire whining -- which made me snicker every single time. Math girl Jessica Packwood is fairly... normal. She lives with her über-vegan parents (sneaking only the occasional sloppy joe at school) and mucks out the barn and does her chores and is the anchor of the math club. She has really zero dreams of being a princess, and, unlike her earthy best girlfriend, Mindy, is only sneakingly interested in the opposite sex. When the luscious looking Romanian boy, Lucius Vladescu, appears to be stalking her, she's not flattered, she's irritated. So what if he's heartstoppingly gorgeous, and smart? He's also rigid, misogynistic, snobby, and a whole host of other really annoying things. Jessica is SO not into all of that.

And really, Lucius's whining about that is gut-bustingly funny. He's bewildered and offended. In his letters home to his Uncle Vasile, he complains that usually women throw themselves at him. Where on EARTH does this little math-addict from linoleum-infested Woodrow Wilson High, who has no idea who she really is, where on earth does she get off ignoring him? He's rich! He's royal! He's... going to really regret ever leaving his castle in Romania to find her.

Although the ending was a teensy bit contrived for my taste, this sassy Princess Diaries Meets Vlad the Vampire comedy skips along nicely. If you need to know how to date the undead, this one's for you. 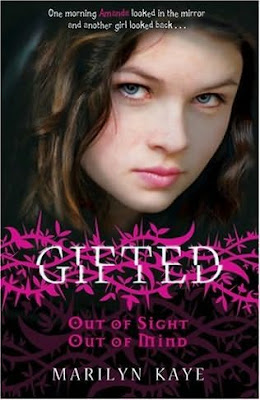 Oy, Amanda Beeson. Even her name sounds high-toned and sulky. She's the Queen Bee of Meadowbrook Middle School, and works hard to maintain her frosty distance from the little people surrounding her. She has to -- or else.

Tracy Devon is nothing like Amanda. She's at the low end of the popularity pole, and is practically invisible comparatively. Unfortunately, Amanda's forgotten the lesson she knows about keeping her distance, and she's taken notice of Tracy. And now, she's too close to the other girl's problem of invisibility. Way too close.

Amanda's weird predicament really does bring out a few bursts of self-pity and whining, but her big personality shines through in this unique first-in-a-series novel, Out of Sight, Out of Mind, by Marilyn Kaye. Amanda's one of the Gifted, and it'll be fun to see how the rest of the books in the series unfold.

And, finally, you can't really round up the whiners without including the screamers. 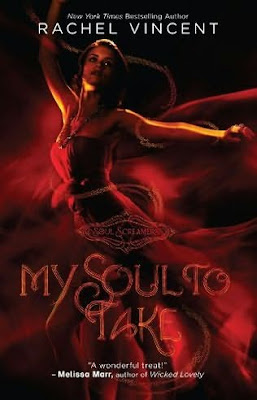 No, seriously. Kaylee Cavenaugh would really give a lot not to be one of the screamers, but sometimes, a scream just works its way up through her, and she can't control it. She's done some time in mental hospitals, and fears that her panic attacks are out of control forever. First, her vision darkens on a particular person. And then, the scream starts.

As it turns out, Kaylee isn't exactly crazy. She just sees people who are going to die...

Aside from asking myself WHAT was going on with the cover (is this supposed to be Kaylee? No, seriously? The whole Irish thing with the harem outfit?), I found myself wishing that junior Kaylee wasn't quite so dependent for her mental health on Nash Hudson, the gorgeous senior who pulls her back from the brink when one of her "panic attacks" hits at a club where she and her best friend, Emma, have slipped in illegally. However, this is a novel that is meant to have a big helping of romance (Hi, Harlequin!) and so her leaning on his is meant to underscore just how close they're getting. It's not entirely successful, but this will be a favorite romantic series for die-hard paranormal romance fans.

You can find Jessica's Guide to Dating on the Dark Side, as well as Out of Sight, Out of Mind, and My Soul to Take, all 2009 Cybils YA SFF Nominated Books, from an independent bookstore near you!
Posted by tanita✿davis at 4:29 AM
Labels: Cybils, Fantasy/Sci-Fi, Reviews, Romance

What I would like is that red dress on the cover of Jessica's Guide to Dating on the Dark Side. I don't know where I would wear it. Seems a bit fancy for the library.

What?? You don't want the harem outfit?

Oh, I already have one.

Why did I know this?

Cute shoes AND a harem outfit. It's fate.

Dating on the Dark Side does sound like a kind of fun guilty pleasure, though, I have to admit...or maybe it's just because I'm reading PEEPS and a little more kindly disposed towards the vampire genre than usual...