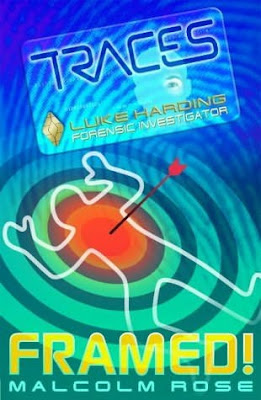 Welcome to Wicked Cool Overlooked Books! This first Monday of the month is something special. I'm always on the lookout for WCOB's to get excited about, and this month, I've got SIX.

We always complain there aren't enough good YA mysteries. How do you like your mysteries served with science fiction? I found I liked it just fine.

Ooh, these do sound really cool! Sci-fi, mystery, futuristic dystopia; what's not to like, really? If you're me.

Thanks for the profile! I've read several (but not all) of the books in this series. Now you have me wanting to go and read the rest!

Jen, I should've known you'd read these first. I really, REALLY enjoyed them.

This series is actually one of those examples where the publisher sent me a couple of books, which I would probably not have picked up on my own, and then I really liked them. An upside for blog readers of a blogger receiving review copies!