I admit that I have a hard time with sequels.
They make the Cybils reading a bit hard for me.

If the sequel you nominated isn't stand-alone, I feel... somewhat obligated to figure out the thread of the story. How else can I honestly say if it's worth putting into my shortlist or not? Unless it's book 8 of a 18 book series, I usually do my best to find and skim at least one previous book in the series. Occasionally, this is really time-consuming.

It's not like I'm going to complain about having a new excuse for reading, though.

This week's Cybil's reading had a whole lot of sequels going on -- but happily, most of them turned out to be awesome. 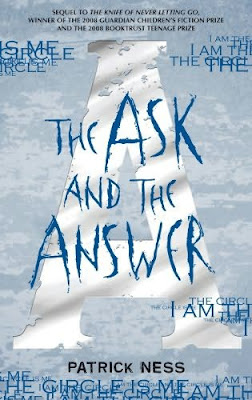 The Ask and the Answer, The: Chaos Walking: Book Two by Patrick Ness was a tricky book to get into; it's not a stand alone, but is the sequel to The Knife of Never Letting Go, which I've had sitting on my TBR shelf for months. Yes, I've had it, but never read it, fearing an emotional backlash from the many wailing reviewers who said, "Oh, MAN! The ENDING!!!!" I have a horror of endings which leave me waiting a year, in agony. They make me... in a word, cranky. (They make TechBoy even worse, so I generally try to hide books from him that will have him mumbling and walking around kicking things.) Since I had enough other stuff to read, I could avoid that "Oh, MAN!" moment. Did putting off the first book save me? No. I read it in one setting, and plunged into the sequel, which picks up right where the first leaves off. Angst! Violence, danger, torture, war -- these huge themes are simply swirling through The Ask and the Answer, which is gritty and important and real, and talks about human nature and the corrosive nature of absolute power. I was so sure that things would finally be OVER in this book, and then... those last few pages happened. Yes, Virginia, the sequel also ends on a cliffhanger.

On the up side, the UK hardcover version has a REALLY neat, transparent dust cover. 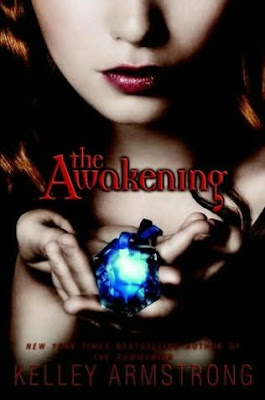 Awakening, The (Darkest Powers, Book 2), by Kelley Armstrong is also not really a stand-alone, but I was thrilled to read the first book in the series. Can you say School Story + Xmen? I love this series to bits. Normal high school student, Chloe, suddenly starts hearing voices and seeing things. A tiny mental breakdown she doesn't want to show up on her school transcripts (never stopping to think that mental issues really aren't the sort of thing to show UP on transcripts. Or are they? I should check my own...) leads her to Lyle House, a group home, filled with Really Weird Kids. Simon is charismatic and gorgeous. His "brother" Derek is huge, acne-ridden, constantly bathing to keep down his rampant b.o., and he's the grumpiest, meanest person EVER. Her roomie is adorable -- but some of the other girls are SERIOUSLY evil. It's just a group home, though. And in two weeks, she'll be going home. Not. Book II picks up with Chloe on the run from this alleged group home, which is not at ALL what she thought it was. Oh, and Simon and Derek aren't at all like she thought they were. And that could be good. Or not.

That little "not" keeps things nicely off-balance, and keeps readers eager to know what's next. Kelley Armstrong is really very good at that, and I look forward eagerly to the rest of this series. I'm not fond of the cover, really, since the novel keeps it real about acne and stuff, and the chick on the cover is airbrushed perfection, but don't worry -- the story more than makes up for any cover inconsistencies. 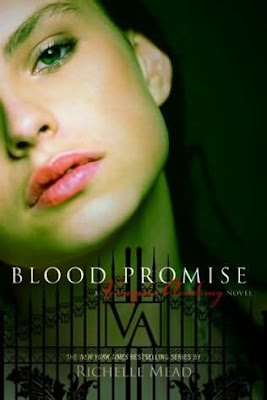 Blood Promise (Vampire Academy, Book 4), by Richelle Mead is really tough to get into -- but a fourth book in a series is always tough. In previous books, Rose has learned about different kinds of vampires, and their kin, and has made a promise to her friend, Dmitri, that if it ever came down to a choice between him being a good guy or one of the bad guys, she'd make sure he didn't stay on the dark side. Now the Academy's peace has been breached -- students and teachers killed, and the Strigoi have even taken captives. Dmitri has been kidnapped,and it's up to Rose to take him out.

It's a lot easier said than done, when keeping one promise means breaking another.

Because this isn't a stand-alone, and it's so far into the series, I'm not as emotionally invested in Rose and her troubles, but it might be worth reading back a ways to see how this all started.

You can buy The Ask and the Answer, as well as The Awakening, and Blood Promise, all 2009 Cybils YA SFF Nominated Books , from an independent bookstore near you!
Posted by tanita✿davis at 10:07 AM
Labels: Cybils, Fantasy/Sci-Fi, Reviews

Oh, man, when the Cybils are over you REALLY need to read the first Chaos Walking book!! Is Patrick Ness not awesome? A little difficult to read at times, but in a good way.

Oh, I did read it - and THEN the sequel, in one sitting. It was... intense. The way the first one started, I had to work to get into it, and then it took off. Oof.

I read the endings of books before I'm done with them with some regularity, but I cannot bring myself to read a sequel before I've read the first book. I can't even read series books out of order when they're relatively stand-alone. It just makes me feel all wrong when I try.

See, I'm glad I'm not the only one who is slightly obsessive about these things. The fact is, (and SHHH! I'm an impartial Cybils nominee judge!) if I haven't read the previous volumes, often I read the legal Cybils minimum, no matter how interesting others think it is, and let it go. It's just not worth the bewilderment, as I otherwise feel like I'm forever trying to catch up.

I'm almost to the point of wondering whether it would be better to disallow sequels as nominees, but that's not my call. I just hate reading things out of order SO MUCH, and SFF always has ten thousand sequels. Dunno what to do about that.

I think true serials--multi-volume stories made up of books that can't stand alone--need their own award. The complete story just isn't there in any one volume and you just can't compare these parts of a whole to an individual book that is a whole.

It's apples and oranges.