Synopsis: Taja Brown lives to the left of the buckle of the Bible Belt with her parents, annoying little sister, and vexing older brother, and from early days, she knows what's expected from a good Southern Baptist black girl: be good, keep up your grades, get to church, and don't shame your family. God - the Almighty - is faceless but speaks in the voice of her mother and father, so Taja also knows his requirements - stay out of other people's beds until you're married. But Taja as a budding young woman isn't the same as Taja as a parent-mimicking child. She's watching her athletic sister take her place on the track team, and feeling loss. She's watching her older brother swan off to college, and freedom, and feeling a loss there. She's sensing the wider world, and wondering about what she's been taught -- does church attendance really equal goodness, and planting begonias on a Sunday morning really mean hell? For everyone? Who is really "good?" Taja wrestles with these disquieting voices while still trash-talking the "hos" at church, openly, righteously critical of unmarried girls with babies and classmates who let more than one by kiss them... but after finding out for herself that kisses can take her brain to a faraway place, Taja is beginning to doubt that she's so immune. Her older brother, Damon, has been around the block a time or two, and the way he deals with the girls he's done with is scandalous. Taja hates how he uses and discards sexual partners. She doesn't want to be the girl who's discarded, but she wants... so much of everything. There's life out there, color and wildness and experiences outside of their straitlaced life in Houston. All Taja wants is to read it, write it, drink it down, and take a big bite. Can't she have what she wants, and still keep what God wants, too? And then, she meets the gorgeous Andre, and ... all questions become moot.

Taja's parents have she and Andre sign purity pledges, and though she wears the tiny ring, Taja knows it ought to tarnish on her. God, whom she's never heard from before, surely cannot be listening to her now. Can he...? Or, does it matter? 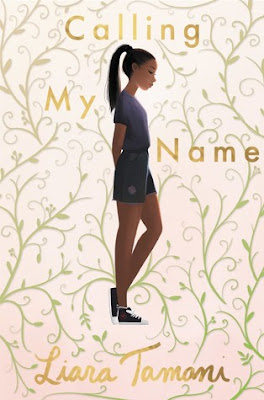 Observations: Probably the best description of the writing in this novel is 'dreamy.' There are eloquent phrases and sometimes it slows the narrative pace, but it's also reminiscent of the classic styling of memoir narrative, so patient readers will read on and become hooked.

Taja's world is narrow - and the overwhelming questions for her are regarding heterosexual intimate experiences - which reads as authentic, because many conservative Christian kids never meet anyone of another faith or another gender expression until they go away to college, and in the 90's, there was less sexual freedom for non-cis-gendered teens.

Because the novel is historical - set in the 90's - early '00's - there are musical references which may go over some teens' heads. The main thrust of the novel is dealing with the pressures of growing up within a conservative religious home, and straying from one's parents' values, and while this is touched on beautifully, I wished for more. While the reader spends the majority of the novel seeing Taja's frustration with the double standard between her brother and herself, I wished she would have gone deeper and named that hypocrisy for what it is within religious communities: women are policed one, because a baby is tangible shame, and two, because men often seek to control women. The license Taja's brother had to do just whatever was annoying.

This novel has a feel of looking back, begins slowly, but speeds up as Taja matures to the point of standing between two roads: the life she wants to lead, and the life her parents believe is best. There is explicit intimacy in the novel, so it would work better for more mature teens, or potentially 14+ instead of younger readers.

Conclusion: With lyrical language and one of the prettiest covers in YA this year, this time-capsule of a black Christian girl coming of age in the 90's evokes the quiet moments of bildungsroman spiced with the headiness of a teen's first explorations of sexuality, life, and independent thought. This one may work better with adults looking back, but will likely be passed from hand-to-hand in some teen circles.


I received my copy of this book courtesy of the publisher. You can find CALLING MY NAME by Liara Tamani at an online e-tailer, or at a real life, independent bookstore near you!