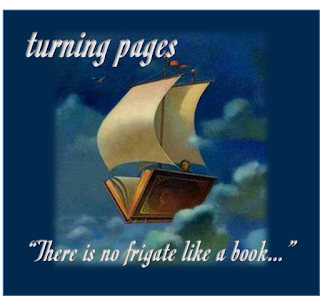 Synopsis: Liberty's junior year just cracked wide open and catapulted her out on the ground. Her mother - a placard-carrying, species-saving, liberal-agenda-advancing, chronic protestor - is currently under guard at the Pender Women's Correction's Institute. A car bomb, which injured five people, went off at her last demonstration, and while Liberty's mother swears she's innocent of involvement, the judge isn't letting her go without a little more proof than just her word. Bad enough that Liberty's spent days, sometimes weeks not even seeing her mother, making her own meals and paying the utilities bills at the apartment because her mother is too involved with her causes to remember, but now she's discovered that her mother has spent the college money her grandparents had saved up for her on yet another one of her causes, and Liberty is BEYOND finished with her. Calling her "my former mother," and moving on with her life to save her sanity seems the best option. Packed off from their DC apartment and her private school, which offers Comparative Religions, Anthropology and German III, to her Granny Briscoe's farm and the local high school in rural Plurd County, Appalachia, where "coal mining keeps the lights on," Liberty's life and dream of early admission to Georgetown are faded, distant memories.

Things in Ebbottsville are a lot different than Liberty remembers - for one thing, the tap water's bright orange. Though the neighbor boy she ran around with when they were small turned out to be simply gorgeous, there's not a lot else to recommend the place. The underfunded high school, staring townspeople, rusted junker cars, and endless underage partying going on in the back hollers are just background noise to the stark reality of food stamps, buying bottled water, and too few resources on the Briscoe farm. Liberty's reality now includes a grandmother who is thin, stooped, and coughing up blood, half a mountain visible from her grandparent's property, the top removed to mine the mountain for coal, and the effects of the mining a poison blighting the creek, the hills, and the ground. Mining is killing Ebbotsville, Kentucky and the Briscoe Farm -- and it turns out that mining -- may be responsible for killing Liberty's Granny, too. Is there really anything one poor person can do to stop a rich person bent on making more profit from his crooked business practices? Liberty aims to find out. Suddenly being a placard-carrying, species-saving, liberal-agenda-advancing protestor doesn't sound half bad. But, is there a point at which a person should stop tilting at windmills? When are the costs of fighting the good fight too high? And, what happens to a community if whistleblowers dig too deeply for the truth?

Observations: The minute I read about water coming out orange from the tap, and the number of sick and out-of-work people in town, I knew this was a story that was "ripped from the headlines" as it were. My thoughts immediately went to other whistleblowers in history, and the situation in Flint, Michigan. 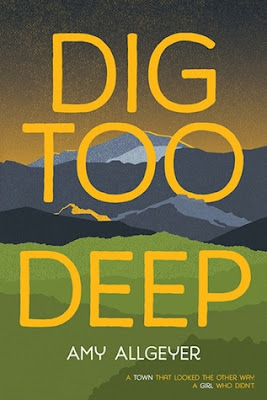 Teen whistleblowers aren't entirely an unknown in YA lit, but reading about teens facing economic hardship and food insecurity are exceedingly rare. Liberty is actually hungry in the novel; fast food - cheap and plentiful for most - is even out of reach, and she and her granny live on things like ramen and tomato soup and rice. Liberty has to put fresh fruit and vegetables back on the shelves, in order to afford bottled water. These are the choices, and this is the real deal facing hundreds of thousands of people. A painful reality of poverty in a small community is that there is often no place to get resources to do any better. In the novel, Liberty manages to score free lunches at school; weekends, however, are very hard as they are for many students.

Liberty is a realistic character in other ways - she's immature enough to get involved with the first boy who looks at her nicely, even though there's no real reason for them to hook up except that she wants to ignore what's going on in her life. She's smart enough to use the internet and dig to find information and solutions to the community's problems. However, I felt that the potential personal danger for her within that community was underplayed; historically people really dislike a disruption of the status quo and especially business owners of corporations which are making a quick buck while destroying the environment. The jacket copy makes it sound as if Liberty struggles with the idea of turning to violence, but the narrative has her strongly not in favor from the first, and terrified of those whose belief is that is the only choice. I wish the novel had spent some time exploring that. Is violence ever a good idea when protesting against the status quo and insisting on change in a community?.

I found that the novel's conclusion bothered me a little. The solution the novel offered didn't fix anything. Oversimplifying is a pitfall in a YA novel dealing with a situation of this complexity. While teens are often too accustomed to seeing issues laid out in black-or-white shades, this issue was too deep for the band-aid that a teen and her friends could offer. Liberty isn't exactly painted as the savior of the entire town, but the conclusion of the novel still ends up tidier than it has a right to be. Without including spoilers, I wished that the novel would have explored the option of continuing the fight, and taking the reports and information Liberty and friend had gathered to the highest level.

Conclusion: An important, suspenseful novel with easy to relate to characters, this will begin conversations about ethics and options, as well as when to stand up and protest, and when to stay silent. This novel also asks some interesting questions not just about mining and its environmental impact, but about dissent and protest and its efficacy.


I received my copy of this book courtesy of the publisher. After April 1, you can find DIG TOO DEEP by Amy Allgeyer at an online e-tailer, or at a real life, independent bookstore near you!