This book is either a primer on how to find out stuff your parents are keeping from you, or a primer on how to make the most of your very best friends in the world. Its action-focused, galloping plot is a tale of family and chosen family, the ones we trust, the secrets we keep, and the lengths to which a girl will go to get at the truth...

Summary: Claire's father has been dead for ten years, but the seventeen-year-old, along with her older and younger brothers, dutifully follows her mother's cultural cues and does the Buddhist ritual for him -- lighting the incense, meditating, bowing. It means something to Claire and Parker because it's for their father -- but it doesn't mean Claire understands all of the cultural references, nor does she remember him, not really, and Avery, her obnoxious skater brother, remembers him even less. Claire's mother - now happily remarried - goes absolutely lockjawed on the topic of her father, which frustrates Claire even further. All Claire knows is that he was a judge, and he was a good but very busy man -- and that he died way too soon.

A chance paper cut leads to finding a note in the endpapers of an old journal of his - which she stole from her mother. The letter is mostly in Japanese, and it's addressed to... her stepfather? But... they didn't know each other! Or, that's what her stepdad has always said... Discovering one lie convinced Claire that there might be others. She calls a meeting of the Axis Powers - her German best friend, Forrest, her brother's best friends, Nicholas and Fed, and her brothers, Parker and Avery - representing Japan, of course -- and they decided to get to the bottom of everything.

But Claire learns too late it's best to be careful what you dig for in the closet of your family secrets. Like her, you might pull out more than skeletons - some of the things shoved into the cave of family secrets were still alive - and had more destructive power than she would have ever believed.

Peaks: Fast paced and bursting with quirky guys, this story has a lot of incredible detail, which might sometimes feel a little jarring, as the reader leaps from school bullying drama to This-Could-Kill-Me sort of drama. Claire's quiet diary entries, as she struggles to find a footing for her identity in a family full of contradictions and her close friendships with Forrest, who is a steady, true-blue friend who always makes things better, and manga-obsessed Fed, whose mind is well away from reality most of the time - are a really nice touch for the young adult genre, and reflect the way characters form and the way we find out who and how we can be. Claire is very typically a teen, in that she does really dumb stuff - stuff that doesn't necessarily make you scream, "No! Don't!" but it's kind of close. She and her family take her school drama very seriously, but she - in a sort of random and arbitrary way - chooses to ignore the very clear and present danger which fire bombs and people breaking into the house represents, which is... weird, but makes a kind of twisted sense. The romance is slow and sweet, and is not about falling in love, but choosing to love, which is also a refreshing change. 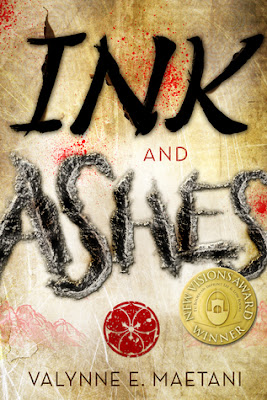 Valleys: The emotional resonance - the point where the character's emotions read true to me, and elicit an emotional response - was thin in places. Note that these aren't issues which will ruin the story for everyone, but for me, they just seemed to demand more. I so wanted to understand this character who is the lone girl in a sea of boys, and to fully explore her feelings, but at times could not. Sometimes, I felt that Claire's restlessness and her inability to be in the same room with others for too long was something which needed... explanation. Maybe not a label, but a consistency that would itself give an explanation... Because she seems both introverted and socially anxious/panicky by turns. Possibly because of everything that goes on with her and the fast paced action/intrigue/mystery thing going on, at times I didn't have a good read on her.

The mother character suffers from the same issue for me -- she is obviously not someone with whom Claire gets on well - but she's also written very one-dimensionally; a series of superstitions, slapped hands and terse utterances, despite Avery's shenanigans or, later, Claire's direct accusations. She's present for a great deal of the book, but of all the characters we get to know her the least -- yet it is her choices to keep secrets and tell half-truths, well past the age that Claire should have known something about her father's history, that affect Claire the most. There is a confrontation during which Claire lambasts her mother for keeping secrets -- and her mother says, "I'm sorry," and no explanation is ever given, nor do we have a sense that they mend their relationship, or that it changes - meanwhile, Claire and her stepfather have a similar - and far more serious - confrontation, and he cares enough to keep asking, "Do you trust me, do you know I love you." It's a curious imbalance, and I wish there had been more time to delve into these relationships.

Claire begins the novel as a girl adept and apt to pick locks, nose her way into private rooms and otherwise really push the envelope of her parent's patience -- but why? Why is she good at that? It's not really made clear, and the character seems written without as much perspective on herself as the usual run of young adult characters. With her large ready-made friend group of Forrest, Fed, and in smaller ways, Parker and Nicholas, Claire has, in most ways, all the entertainment and information-getting resources that she needs, but for some reason it is Claire who absolutely NEEDS to know everything, and everyone indulges her whim. It's not clear if that's because she is being catered to as the only girl, or this is a means of entertaining everyone else, or what. Claire is an intriguing character, and though this book is 400 pages long, I still didn't get a sense that I knew her. I wish I did.

Conclusion: A fast-paced, suspenseful piece of writing which has a lot of detail and will be enjoyable for those looking for a beach read that has a breath of intrigue but doesn't go too deep. A beautiful cover, winning narrative and a great debut from an author we hope to hear from again soon.


I received my copy of this book courtesy of Lee & Low. You can find INK AND ASHES by Valynne E. Maetani at an online e-tailer, or at a real life, independent bookstore near you!