Attention, residents of Blogosphere-opolis: This is no ordinary review. This is a very special blog tour review, organized by First Second, who kindly supplied me with review copies of the new superhero graphic novels created by Paul Pope: Battling Boy and The Rise of Aurora West (which is a sort of prequel/companion book to the first volume). In addition to the usual review, I'm also thrilled to draw your attention to some ORIGINAL, EXCLUSIVE ART provided by the artist of The Rise of Aurora West, David Rubin. That's what those amazing sketches are down there: drawings of Haggard West, Aurora's superhero father.

Anyway, on to the review. 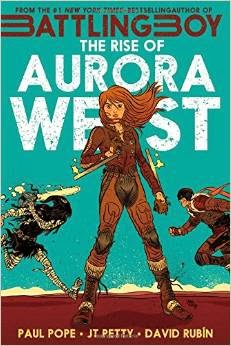 Summary:The Rise of Aurora West is just out this month, and it’s the second volume in the series that began with Battling Boy, though each one stands alone pretty well and, honestly, you could read them in reverse order and be just fine. You'll find some overlapping characters, of course—most notably Haggard West, who is city of Arcopolis's main line of defense against the Monsters. Which monsters? Basically all of them, and they steal children. In Battling Boy, readers were introduced to Haggard; Aurora, his daughter and superhero-in-training; and the god-boy sent down by his Thor-like father to help them: Battling Boy. He's basically on his training mission, a rite of passage he must complete to achieve full god-like status. Unfortunately for him, fighting the monsters of Arcopolis proves a bit more difficult than he'd thought, even with the help of Haggard and Aurora. 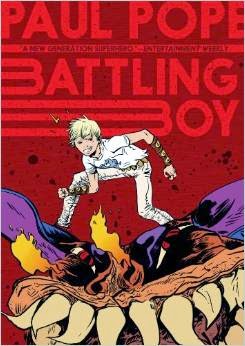 Battling Boy is, unsurprisingly, the story of Battling Boy. In The Rise of Aurora West, we get some backstory on Aurora and her father, which makes it feel like a prequel more than simply a standalone volume. How did Aurora get to be the butt-kicking almost-fully-fledged superhero she's portrayed as in Battling Boy? How did her mother die, and what does it have to do with her father's monster-fighting mission in life? Though Haggard tries to be a protective father (making sure, of course, that she has proper training in such superheroic areas as monster-mauling and proper jetpack use, and doesn't go out after curfew when the monsters roam), Aurora has a mind of her own and is determined to figure out what her father's not telling her about what happened to her mother.

Peaks: These two volumes are fun, funny adventures that reward readers who are familiar with the tropes of superhero comics—they both adhere to and lightly mock many of the conventions of classic comic series. The writing is clever, and the artwork is engaging, with plenty of atmospheric detail in the city itself (reminiscent of, say, Metropolis or Gotham City) and villainous monsters who are just the right amount of ooky and creepy without going unnecessarily overboard.

Valleys: I found it a little more difficult to distinguish what was happening in the action scenes (especially with multiple monsters) in the monochromatic The Rise of Aurora West--it was easier to tell what was happening in the full-color version of Battling Boy. Overall, though, that wasn't a huge issue; it didn't seem to be too important to my understanding of a fight scene to know exactly where Aurora just kicked which monster. (In his…um…monster junk?) 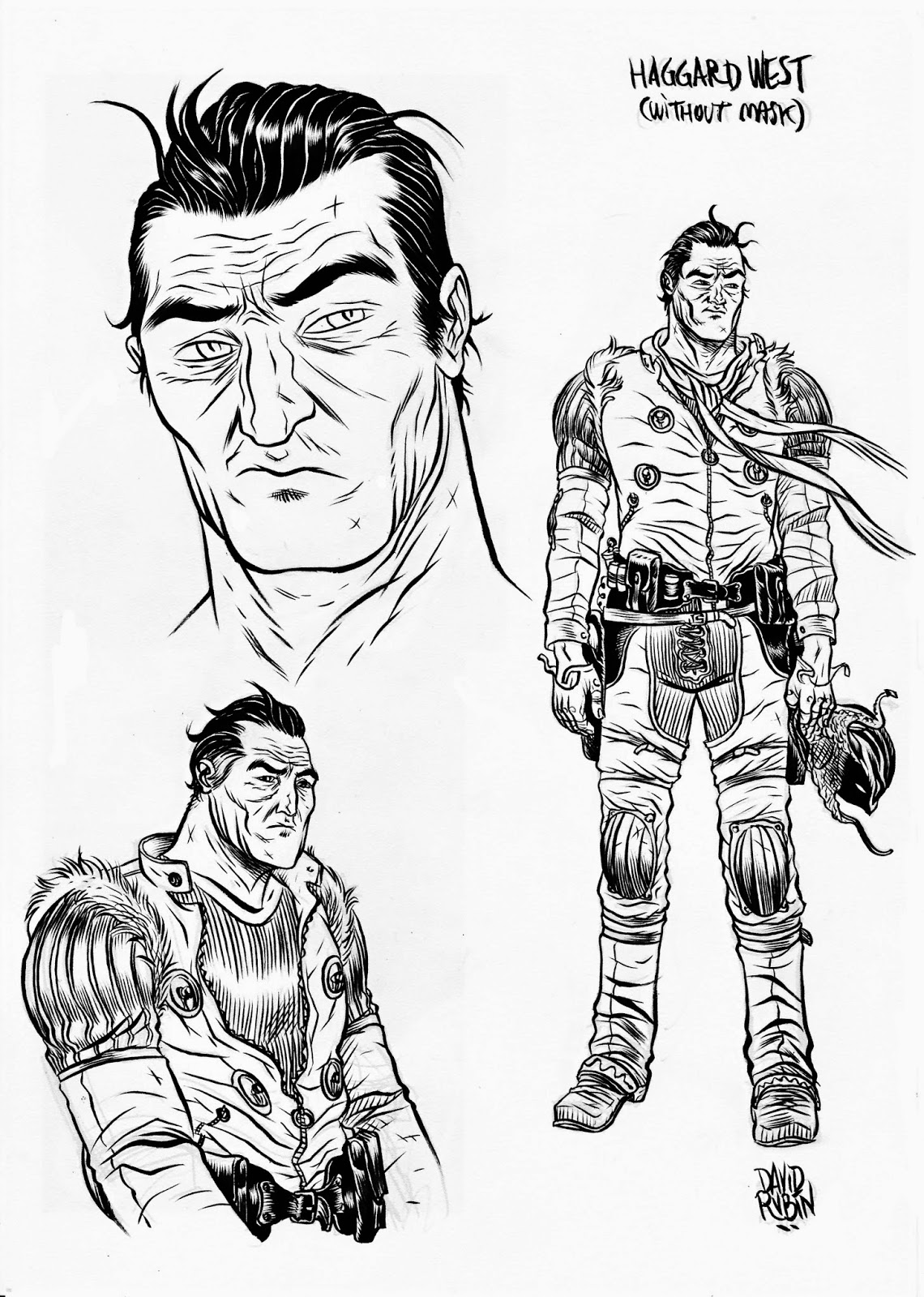 Conclusion: Basically, I'd call this one a super-fun (pun intended) hero series that pays homage to a lot of classics of the genre, and would appeal to both boys and girls who like adventure comics as well as adult readers who like superhero comics (oh, I KNOW you are out there and I am friends with some of you, so don't bother with the denial!).

You can find Battling Boy by Paul Pope and The Rise of Aurora West by Paul Pope, JT Petty, and David Rubin at an online e-tailer, or at a real life, independent bookstore near you!
Posted by Sarah Stevenson at 8:00 AM
Labels: Adventure, AF, Fantasy/Sci-Fi, Graphic Novels, Guy Appeal, Happenings, Reviews