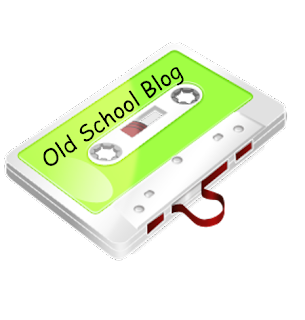 When was the last time you were invited to do something like that???

Okay, not gonna lie: the act of blogging in itself is fairly old school, since the IN THING is to Tumbl(r) or Tweet or Facebook it. But, we're still here, holding down the blogging thing, engaging in the act of communication, in which we think and talk and connect. (Not that you can't do all of those things on Pinterest or whatevs, just... no, actually, you can't. Not with any depth.)

ANYWAY. I've been asked to take part in a blog hop by blogger and author Susan Brody, on whose blog I delurked and commented a few months ago, when she was commenting on my friend Liz Wein. (I have to admit, I'm kind of an internet Liz stalker - I find comments about her and email them to her, assuring her of her greatness. In return, she shares her Weasels, and allows her ginormous cat sit and stare at me. It's some kind of a win-win.) Susan has asked me four questions which she has already answered, and has then tagged me. So, without further ado:

I usually try to work on two projects at once, so if I get stuck, I can find something else to do. I'm drafting a new novel about a brother and sister forced for the first time to share the same high school -- the sister is younger, and had been enrolled in a private school better suited to her educational needs, while her brother had been in regular public school. When their mother takes a leave of absence from her job to finish her PhD, to save money, sister mainstreams to brother's school... where sister discovers that brother has never told anyone that he even HAS a sister... especially not one like her... The second project I'm working on is just in the research stages -- I'm reading books, nonfiction and fictional, about the Ottoman Empire. Did you know that Sicily was once an Emirate!? History is kind of amazing. Meanwhile, I have other revision stuff I'm passing back and forth to my editor on a project already underway.

That's a really interesting question... any answer I give feels a little ...eh, supercilious? Like, My Writing Is More Specialer Than Yours? Ah, well, I'll answer: It differs, I guess, in that I deliberately seek ways to interject diversity into my stories... something I've tried, with varying success, to do for the last several years. This is not to say that other people don't do this, but after my first couple of fumblings in publishing, I have made a conscious effort to do it every single time - this means writing characters who are Not Me (Fiction writers write fiction: none of the characters are really them... but to a certain extent, there's some of your heart or your marrow or your blood in every character. Writing someone ENTIRELY not you is probably impossible, but it's a good exercise to try. It gets easier as you go along).

Honestly, because of the way a leaf falls, because of the dappled bokeh of light-and-leaves at the bottom of a pool, because of expressions on people I see waiting in a crosswalk, because of a conversation I have with my uncle while he's driving home from work... because. That's the way a writer's mind works. Because, just like every tone of the dryer or whine of the fan of the fridge gives the musician a pitch and a rhythm to work with (just try having a drummer over, and having him tap out beats everywhere), writers find a narrative in the way someone squeezes tomatoes in the produce area, the way the postman rings the cowbell at the door, instead of the doorbell, in the way the woman down the street with the wet towel on her head introduces herself. There is a story in everything.

How does it work? It's magic.

Okay, maybe not. It works because I work it? (Isn't that from AA?)

Honestly? I don't know how it works, but I suspect that's not the question really being asked... if the question is "what is your writing process," then the answer is Yolen's Theorem, which is, of course, Butt In Chair. I tend to spend a lot of time downstairs in my "dungeon;" the basement office... and it's generally freezing, even in the summertime, so I'm in wool socks and cardigans, sipping tea... and I have ginormous monitors, because I'm functionally blind, and I ... sit there and think, "No, she wouldn't do that." Write three paragraphs, delete five sentences, rewrite them. Go back a chapter, rewrite the ending, and add another scene. Go forward, back to where I was, suddenly able to write five more scenes. It's two steps forward, a vaulting leap back, a step sideways, do-si-do, and back again. There's never any forward progression that is Only Forward. I write while revising, and while it drives people reading for me insane - reading the same thing moved around and/or experiencing different scenes in the same chapter they just read -- but that's how it works for me. I can't go forward without knitting up the raveled hems behind me. That's just the way my mind works.

Blog hops always invite others to join in the miser -- erm, fun. I'm wracking my brain at the moment to think of writer cohort who are actually still blogging, rather than solely tweeting... ah! Kelly, and Karen and Colleen, and & Lissa are, just off the top of my head. (I could ask Liz, but that would be a tiny bit cruel, since she's generally my go-to person to ask.) These are people whose work I'm just generally nosy about anyway, so writers, you are cordially invited to join, if you'd like.

Posted by tanita✿davis at 12:22 PM
Labels: Web Wanderings, What We Do, Writing Daze

Because of the way a leaf falls. YES. Loved this whole post, Tanita. Thanks for the tag. I'm mulling my answers. These are great questions.

My response to this has been in my blog drafts for a bit now, and I WILL finish it.

Hmm... a big part of my process seems to be procrastination.
;)