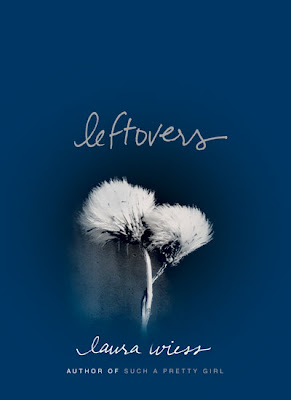 Laura Wiess has produced another imminently readable novel, detailing a reality that is hard to turn away from, while being also hard to watch.

Ardith and Blair couldn't come from two more different backgrounds. Blair's family is wealthy, her parents are upwardly mobile attorneys and her life, from a distance, is shiny and immaculate. Up close it is bloodless, empty, and cold. Blair's mother had her dog put to sleep, because it didn't fit in with their shiny, clean lives. Blair's father is having an affair, but he, too, is putting in his time until Blair's mother says he can go. Everything in their lives is about appearance -- and control.

Ardith's parents are alcoholics, making money designing adult websites, and making life an everyday hedonistic binge of drunken partying. Ardith escapes her father and her brother's drunken advances -- and the drunken rambles of their friends -- by sleeping with a padlock on her door. Everything in Ardith's world is out of control, and Ardith tries desperately to keep herself in check, so that her own dreams of being a doctor can be someday fulfilled.

In spite of their differences, and after the world leaves them world weary, jaded and knowledgeable Ardith and Blair understand each other even better. They know what it feels like to feel cut off from all help, and to have to rely on yourself to survive. They know what it is to have dreams, and have no way of getting to them. And when something threatens the one person who has shown them unconditional, disinterested respect and affection, they know how to take action -- and get their revenge.

On one hand, this book is terrifying -- as it seeks to show the reality of victim and perpetrator. On the other hand, what Blair and Ardith do makes perfect sense -- and that makes it even scarier.

A suspenseful, tightly written novel for older readers that it's hard to put down, and hard to forget.

Buy Leftovers from an independent bookstore near you!
Posted by tanita✿davis at 10:01 AM
Labels: Problem Novels, Realistic Fiction

Thanks for another great review, Tanita. Honestly, your reviews make me want me to run right out and buy these books! LEFTOVERS sounds like the kind of book I wish I'd written.

What a write up — very compelling.

And oh, that cover. Gorgeous.

I agree with Beth--I want to know what they did!