There should be a sonic boom (or an ultrasonic tango?) around Berkeley sometime today as A. Fortis and I get together and exchange a ton of books and catch up from our eight month+ separation. Even though we converse almost daily (unless her brain is being sucked from her body with nineteen million other projects) we haven't gotten together for coffee in ages, and we've never attempted to shop together. This is historical: we both hate shopping. I'm not sure who thought the hate would be better doubled, but we're going to whine and drag our feet through retail establishments together. If we're very good, we may allow ourselves frozen mocha drinks periodically... 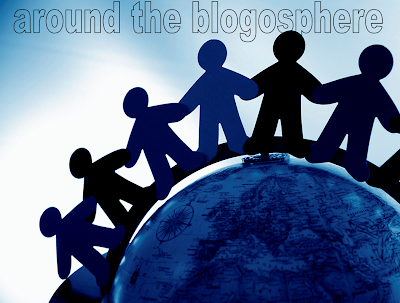 Meanwhile, the literary world is all agog -- that politics has intruded there once again. Yes, I'm sure you've heard by now that the McCain presidency is clinched -- if his daughter has her way, and if seven-year-olds have a heavy influence on the way their parent's vote. There's going to be yet another children's book published by someone who feels a burning need to communicate with our nation's youth... about her father. Twenty-three year old Meghan McCain hopes to "offer children the unique opportunity to see the character building events that happened over his lifetime, experiences that led up to his current bid to become the future president of the United States." Of course, that the book release is slated to coincide with the Republican National Convention, well, that's just a lovely coincidence. Icing on the cake, as it were.

Should we expect a Democratic Party children's book next week? Or is it still okay to just write political books for adults?

The day my book debuted, I found a link to its eBook version, which cost almost the same as the print version of the book. The Monkey Speaks is talking about eBooks for young adult books, and whether or not this is a viable literature form for YA libraries. I still agree with Ray Bradbury; they will never replace books. Hat tip to Alli @ Ypulse for the link.

Favorite story of the day: Paris or Bust. Hopefully you're not quite as bored with summer just yet!
Posted by tanita✿davis at 10:42 AM
Labels: Random Notes and Errata, Views

Have too much fun with Sarah. When we two imp-y bloggers get together, we always get coffee, too.

WATAT Adrienne and I could do all your shopping for you (you too, Imps!)...but you'd have to kick in some spa gift certificates for the post-mission massages. :)

There are two Obama picture books and one Clinton picture book by real authors coming out this fall. Funny that they had to use a relative of McCain in order to get a book about him.

Surely someone here is inspired to write a Children's Book That Never Was post with a political bent? C'mon, you'll be great!