Around the World and Back

And a happy cool, gray and wet summer day to you! 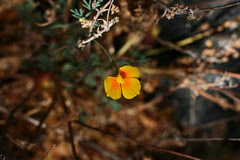 Catching up on my daily routine, I read the Jon Carroll's recent article in the SF Chronicle and had to smile, albeit grimly. The first time I ever heard about the 'Every Fifteen Minutes' program, it freaked me right out. It's one thing to have kids taken from the classroom all day by someone dressed as the Grim Reaper, as part of an awareness thing that hey, people die when alcohol and driving are involved. But to lie to kids and tell them in all seriousness that one of their own has gone? And then, a couple of hours later say the equivalent of "Psyche! Got you!" --? Is reprehensible. I would be a very, very angry parent if that happened to my kid. And I'd be one pissed off student if it had happened to me. Yet, people do this sort of thing every year. Justified trauma. As Mr. Carroll says, "Have we really forgotten our own teenage years? Grief and death and desperate unhappiness were not strangers to us then. Those dark feelings were fueled in part by a sense of powerlessness." I think young adults already know that crap happens quickly, unexpectedly, daily. That the people you're supposed to trust can play a role in that and fake you out -- is something no one would want to hear.

Oy. Catching up with the Gloucester High School pregnancy story with Liz makes me cringe some more. People ask why I don't have much interest in writing books for adults -- you know, those 'real' books. This is why: people don't respect young adults, take their lives and privacy issues for granted, and generally assume that this is okay. Hello: advocacy, please? Anyone?

Camille has ruined my life by teaching me to play Pollack. Thanks, BookMoot. With a TracBall, this is a wicked good time waster.

A friend noted, after reading my novel, that "you'll have to deal with a father in fiction at some point." Hah! I think that'll have to be my fourth book, as books 1-3 are pretty kid/grandma/non-Dad oriented. However! Susan Taylor Brown is rounding up the Fathers in Literature for the June Carnival of Children's Books, so head over to see who's talking book-Dad dudes.

The Interview Maven is herself interviewed! No, I don't mean Little Willow, although I noted her interview with Beth Kephart a while back. No, I mean, Miss Cynthia, who is interviewed at Shrinking Violets. Cynthia Leitich Smith seems to know everyone and talk books with anyone, and she's got that Texas friendliness thing going for her, too. Cynthia says this of blogging: "I enjoy the blogs as a way of "pajama outreach"--you don't have to put on dry-clean-only clothes and get in the car/plane to do it. But it's a personal choice. If you feel burdened by the idea of blogging, then you don't have to (and probably shouldn't). Put the energy into something that feeds you instead." This is an interesting interview, thanks Violets.

"Won't You Be My Neighbor?" in the NY Times this past weekend made me cheer. What would it take to get to know your neighbors? Writers tend to live introverted, quiet lives, but this writer decided to make a change. Hat tip to mental_floss for the link.
Posted by tanita✿davis at 6:23 AM
Labels: Random Notes and Errata, Views

You have a track ball??? That would make it even more compelling. Oh, no, feeling the urge to click and paint.

Telling kids that their friends are dead to shock them into changing their behavior?

It's bad enough that multi-national corporations have figured out how to repackage teen angst and sell it back to kids as gloomy music and graphic horror films but this?

It seems that the only way we can deal with the fact that we're a nation consumed with fear (rational and, more often than not irrational) is to pass it on to our kids.

My oh my, that Pollack game is addictive, I can tell already. And what a surprise it was to see the first splash of paint. I was looking at that screen, like what is this? It's stuck.

That Pollack game is the perfect way to burn off mental fatigue from too much revision BIC (Butt in Chair.) Now, if only it were life-sized.

Jon -- you're right, and further, it invalidates the real grief and fear of the kids in the name of It's For Their Own Good. How far can that game go? Do they really believe that was for anyone's good?! Completely absurd.

Camille, oh yes, my dear. Track ball. And I, too, thought it was broken, Jules, until I went to move my cursor to refresh the page. And then I got stuck... Agree, Sara. I need a bigger screen!!!