It's weird to come cold to a book written by someone you know, but this one has been on my list for a long time, and I decided to stop waiting for my turn with the library copy. It's difficult to detail too much about this novel without including spoilers, so this is a bit... vague in some spots, but hopefully this will just encourage you to pick up and give this underrated novel a read.

Synopsis: Zephyr is vaettir - a half-godling, and used to being on the fringes of things. She's not quite human and not quite Harpy. She's familiar enough with the mortal realm to like TV and snacks, and is awful at wielding aether magic and doing any kind of fierce fighting, like a real Aethereal. A total disappointment to her mother, Zephyr has long relied on beloved sister, Whisper to make things work out but that reliance has had its consequences -- for one, their mother's anger, and for another, the disgust of the Harpy Matriarch, who, once Zephyr has failed her Harpy trials once and for all, has no further use for her in the Aerie. Zephry is fine playing human until she finds Whisper dead at the hands of one of the Hera's minor god minions. Whisper dared to love the high Aethereal god, Hermes, and has died for it -- and now Zephry is nearly murdered as well. Instead, she draws on an unknown power to kill... but, how? She's barely a Harpy, and no mere mortal can kill the gods. Though some of the bright gods cried for her immediate death, Zephyr is instead cast down to the Underworld, under the limited "protection" of Hermes, who has sent her to a ditch-digging detail in "crap" weather, while the gods above in the Aethereal High Council plot and stew ...and worry.

Tartarus isn't bad... for an Underworld prison guarded by trigger-happy minotaurs and filled with round-the-clock, pointless ditch-digging and daily literal showers of crap. Worse, even in the pits of Tartarus, Zephyr isn't safe. She's been wise to keep mum about how she pulled off the murder - especially since it was mostly an accident - but an opportunity to escape leads her to more difficult questions: questions as to why a childhood friend has appeared to help her, why some of the major players in the panoply of the gods are interested her, and finally, questions as to why Whisper isn't peacefully waiting for Zephyr in the Elysian Fields as she expected. Even her sister's Afterlife is being manipulated by the gods, and Zephyr is over it. She's is determined to set things right, to save the sister in Afterlife which she could not in mortal life. This, Zephyr feels, will give her life some purpose.

But, Zephyr soon discovers that her life has more purpose than she could have imagined. She's part of a prophesy, the hope of millions... and is meant to save the world. 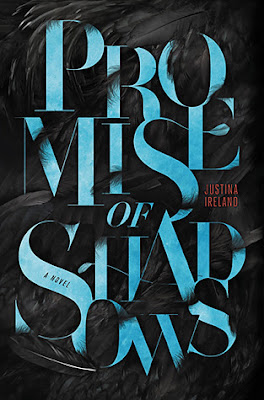 Observations: As a vaettir outsider, Zephyr contains contradictions. Harpy and human, god and mortal. She both wants, and does not want anything to do with the bright Aethereal high gods; she both wants and doesn't really want the moral life which seems the only course open to her. When she finds out that she has a connection to other power, she both longs to use it, to settle scores and become feared, and she prefers not to use it, because who really wants to sign up to be the hope of the world? What makes Zephyr the most interesting is that she's not all one thing. She's both snarky and sweet, trying desperately to be an ideal Harpy while being a fairly good example of a normal human teen.

In the real world, you can just be how you are. But in the vaettir world you are what your lineage says you are. Gorgon? Well, then you must have snakes for hair and a quick temper. Harpy? You must love killing and hate men. There really isn't a whole lot of room for the truth, just stereotypes.

It's exhausting, always caring about that kind of thing.

And this is probably the most telling bit of inner mind we get from Zephyr which explains the drawbacks of her world. She's a brown-skinned, blue-haired winged beast, which means her limitations and label is shown on her body. But, that's not all there is to Zephyr, to the hated "shadow vaettir" and that's not all there is to anyone. This makes Zephyr such a relatable character, this underrated little moment which looks out at the reader and says, "Yes, I see the world has labelled and underestimated you, too. Zephyr has to change her understanding of who she sees herself to be, as she declares herself the hero her sister needs, and her vaettir need to save them. That kind of image shift doesn't come without work and pain.

There's romance in this novel, but it doesn't overwhelm the storyline by any means. For me, Tallon was someone I wanted to kick a great deal, and amusingly, so does Zephyr. Her hormones are there, but she doesn't let them lead her into stupidity, and it's nice to find a character with a relationship that can wait for better timing.

Conclusion: Fans of Xena and warrior princesses/Wonder Woman in general will find this underrated YA fantasy truly enjoyable. Even if you're not really in the know on Greek mythology - and I am not, thanks to a parochial education - you'll find the action, drama, and emotional development of the characters a fun ride.


I received my copy of this book courtesy of my own purchase. You can find PROMISE OF SHADOWS by Justina Ireland at an online e-tailer, or at a real life, independent bookstore near you!