Okay, I was quiet when I learned that Hilary Duff was going to be writing YA novels. I thought, "Okay. Maybe she's a BACA candidate, but she still kinda counts as a young adult; maybe ..." well, maybe I decided I'm too busy to say anything.

Then the plot(z?)-producing book packaging dynamo that is ICM came up with The Carrie Diaries. Yes. Because you know you're dying to know what Carrie Bradshaw of HBO's Sex in the City was like as a young adult.

I don't really know what it is -- maybe it's something in the air, like Spring? But it's bringing out a crop of young adult and children's sequels. McSweeney's were right on the money with their sequels, and of course, we will all always remember with great fondness last Spring's Unnecessary Children's Sequels That Never Were. Because I don't link movies with books (not in my head, anyway), I'm mostly okay with the second TRON and the Tim Burton treatment of Alice in Wonderland looks sufficiently crazed to match up to the original. But I have to admit that I'm getting a bit leery of the "old novel/modern sequel" thing -- people are apparently looking so hard for a sure thing that they're coattail riding in hopes of making a new hit.

Now, Peter Pan in Scarlet apparently was okay - I just haven't had the time to read it yet -- and I've heard great things about Hilary McKay's sequel to The Little Princess. (The trend of pairing Austen novels with monsters don't count as anything at all. It's like equating the Sunday comics with the newspaper.) But in many cases, there's no apparent need for a sequel, and it still seems like writers are searching old books instead of their imaginations for new fodder.

Case in point? A Brit named Andrew Motion is apparently now writing the sequel to Stevenson's Treasure Island. Everyone crows, "best loved classic!" when referring to the book... so why would anyone think it needed a sequel? It just seems more like a marketing decision than a novelist's immediate thought. (Or, could we call it fanfic?) Because the original is so well-known, there's all kinds of publicity, and the book is therefore already half-sold...

I love books with planned sequels -- trilogies and the like, if they're done well. But this 127 years later sequel just seems like it's an idea doomed to fail.


Via Bookshelves of Doom comes the intriguing news that NPR's Monkey See blog is blogging... Stephanie Meyers' TWILIGHT. Trying to understand pop culture and the hysteria generated by this series, the bloggers actually bring up some fairly salient points about plot and writing style -- although I am annoyed by their questions, which repeatedly veer along the lines of, "Well, this is for teen girls, right? So does it have to be strongly written?" I'd like to invite them to read some Kathleen Duey and take that back. Grr. Tonight they end the whole thing with a live chat which will be hilarious, no doubt.


Apologies - don't know where I first saw this link, but it's on author Brian Yansky's blog. An author on receiving a rejection, writes back rejecting it. Not that it does him any good. Whether you want to screech or flail when you're rejected, how are you with writing critique? Yat Yee's decided she needs a few good inner editors. Ralph Fiennes, to start with... 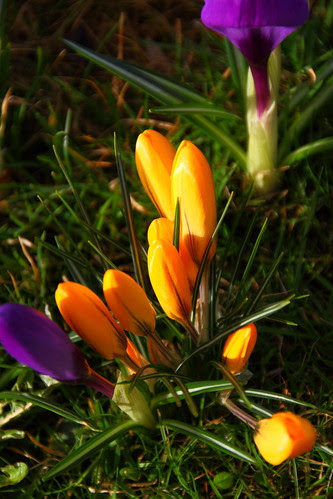 Happy Blustery Friday!
Posted by tanita✿davis at 7:30 AM
Labels: Random Notes and Errata

Actually, Peter Pan in Scarlet has a bunch of mistakes in it as comapred to Barrie's original stories. Imagine that - an 'official' sequel with errors! Besides that, I didn't think the story went anywhere or did much at all.

I agree that willy-nilly sequels can be annoying.

But Barrie did have ideas for more Peter Pan adventure, and it's been turned into a new novel. A faithful Pan story... click here!

I had no idea all these sequels are being written. Now I've got to go check them out.

Thanks for the link. Ralph Fiennes and Daniel Day Lewis with their matching smoldering looks: you think they got the same photographer?

I didn't like Peter Pan in Scarlet at all.

And I have the same frustration with movies--so many things coming out are remakes, based on books, or sequels. A little originality, please!? When something totally fresh comes out, and works well (like Inglourious Basterds or District 9 or The Hurt Locker) it makes me ver happy.

I'm with you on the sequels, some of them look okay but mostly not.

Ralph Fiennes, ahhh. I have to check that out.

This is really only mildly peripheral to the TWILIGHT thing, but I had to tell you because it amused me SO greatly.

While we were in Hawaii, we met up with a friend of ours named Jacob and his girlfriend, Angel, who had arranged a boat trip for us. When we showed up that morning at the dock, Angel was wearing a "Team Jacob" t-shirt. Which for some reason just cracked me up.

The YA Duff book sounds better than the YA Grisham book.

Ah, I have been thinking about Unnecessary Children's Book Sequels, and wonder if it's time for part two, i.e. sequels to children's middle-grade books that never were. By the time we get to YA, we may have to wade our way through the scores of contemporary lit that already has an abundance of sequels. Hey, how about a sequel to A La Carte called Prix Fixe?!

Yes, there are many more Unnecessary Sequels That Actually Were in YA, sadly...