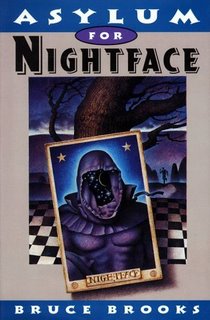 Fourteen year old Zimmerman has a strangely mature take on the world in which he lives. He is comfortable with being one-of-a kind. He is comfortable with being alienated and strangely out of sync with his parents. He is comfortable with God, but not in a way that makes him weird or eager to proselytize. He is not comfortable with churches. He is comfortable with the idea that most people aren't actually really into God, but are into religion -- which is way different. Religions are preachy and opinionated and most religious people think God is about a list of answers instead of wondering and questions with the possibility of cooler wonderings and wanderings and questions still just around the corner. Zimmerman is interested in science and nature and human sociology, he revels in the complexity of the world around him, but he is not interested in his upwardly mobile parent's lifestyle of heavy drinking and recreational drug use. His parents resent that they have such a "squeaky clean" son; sometimes their resentment takes the form of them putting a little vodka into his Gatorade, sometimes it's worse. "Loosen up!" they cry. "Love us more than God," his father requests wistfully. The harder they push, the deeper Zimmerman goes inside. It's not that he doesn't love his parents... it's just that they just don't have all that much in common.

When his parents meet a strange minister and get involved in a bizarre religion they find on their Caribbean holiday, they feel that at last they and their son are on the same page. Except... they're not. Under increasing pressure, Zimmerman takes a disturbing final step to distance himself from his parent's insanity.

Asylum for Nightface can be a challenging read, and might be preferred by readers who are able to dig a little deeper. It is a collection of disparate chapters describing various classroom and parental encounters by Zimmerman, and various secondary characters including his best friend - now in prison - and the maker of Nightface, the comic book character whom he admires. Unfortunately, some promising characters are never fully developed, and only mid-novel do all the pieces fall of the storyline fall with a disturbing clarity. There is foreshadowing, but it isn't obvious until the last chapters, and then the reader feels as if they are screaming behind a wall for Zimmerman to choose another way to save himself, to come out from behind his sophisticated brain and his deep thoughts on God and to connect with another human being who was possibly put on earth to help him. An excellent book, not immediately appealing to everyone, but truly worth the work -- and the disturbing thoughts of "what would you do?" afterwards.
Posted by tanita✿davis at 11:43 AM
Labels: Reviews