QUOTABLE: "To write the truth — as opposed to writing truthfully, writing down true things, writing one’s version of truth, or completing an assignment for the Think Piece Industrial Complex on the subject of truthiness — one must, according to Bertolt Brecht, accrue four skills beyond courage: the keenness to spot truth, the strength to wield it powerfully, the judgment to bestow it upon those who will use it, and the cunning to communicate it effectively." ~ On Being Nice But Writing The Truth, by Anne Elizabeth Moore, Portland Review 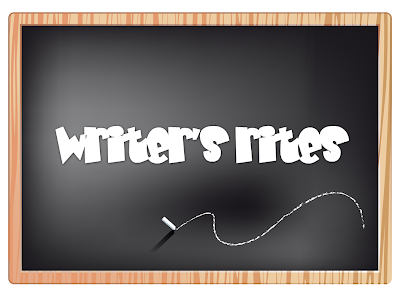 A buddy sent out a squeeing email when Rachel Renee Russell was on NPR the other day. "Does it matter that she's not white?" caroled my Caucasian buddy, R. "Noooo!"

I wouldn't have expected it to matter to R., one of the most openhearted and accepting people I know. But, I know it mattered to Rachel Renee Russell. I love how she described writing a white character: mental gymnastics. "Can I do this?" she asked herself. Six books in thirty-four different languages later - the answer is obvious. Twelve million copies in print say that, on paper, Russell is successful. But, I have a feeling that her mental gymnastics continue.

Ah, Mental Gymnastics. Even the most sedentary writer is medaling all gold in mental gymnastics. They seem to come with the territory of being a writer. We're forever balancing what we want to say with what we're told we "should" say; forever teetering between the self and the self-censoring. Some of us are able to balance on the razor's edge, tuck and turn and land with arms outstretched; the judges holding up proud 9.9's and 10's. And, the rest of us...

We're enthusiastic, here at Wonderland, about diverse populations, but we've both been criticized in various ways for not writing "ethnic enough." I remember being shriveled with humiliation at being requested to "represent more" and reminded of my "role" in the writing world, and A.F. has had her own less-than-heartwarming experiences. We're part of the ethnically diverse population, writing books featuring members of diverse populations, but still, in the eyes of some, it's not enough. We grip our beliefs and clutch our convictions, and try to find our balance on the beam once again.

For a lot of people, the "why boys don't read" question frequently devolves into a discussion of female YA authors, female protagonists, and pink book covers. The conventional wisdom on the topic does not emphasize that reading is generally a matter of interests, and that at various times in our lives, some people are interested more in other people, while others remain more interested in things.

The antidote for a lot of people complaining about boys not reading and girls being drowned in pink, is to laud main characters with a new angle. Goodreads and Amazon are full of lists and labels "Kick*ss Female Characters!" "Powerful Female Protagonist!" There is not, and never will be, a Listmania! category celebrating Manipulative Female Androgyne! or Caustic Henwit Shopkeepers! Well... no. Those are too much like Real. What fun is it to shrug on the identity of a Meek-But-Nice Female? If she doesn't have dialogue that doubles as banter, and isn't able to backhand the Mean Girls while doing a backflip, then what good is she? We're after the trope of the Strong Female Main Character, and we will not be denied!

I'm not resisting the idea that female characters need to make their own decisions and choose their own adventures, but I'm kind of over the "strong" thing. There's really no such thing as a positive stereotype, I'm afraid, and in the end, that kind of characterization boomerangs back to societal pressure shaping the kind of characters we write. Not real women. Not women who talk to each other about the issues of the day, and not about men or the issues facing the men in the book. We write Strong Female Characters who, if we're super-clever, also represent. Woot! 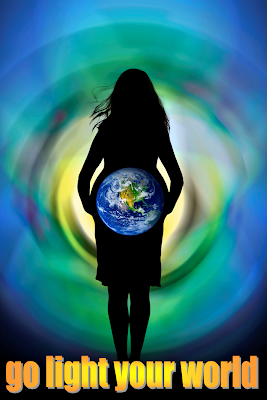 “The act of writing is not only about claiming our truths, our selves, but having the courage to not apologize when we do. Our writing is where we need to be our bravest and most fearless selves. You can’t write your best work if you’re not all in—and once you’re all in, you’re vulnerable. We don’t serve our audience—our true audience—by holding back.”

“The ideal of perfection is incredibly seductive but it is also unattainable, and the act of pursuing it will cause some of the most interesting and genuine parts of ourselves to wither and fade. But we are, all of us, terrified of being exposed for the fraud we secretly fear ourselves to be … Writing is about being brave, taking risks, accepting and embracing our essential humanness; it is not about being comfortable or safe or a way to stay invisible.” - Robin LaFevers.

A reminder: Embrace The Naked. And, happy writing week. Go light your world.

Posted by tanita✿davis at 7:37 AM
Labels: Web Wanderings, What We Do, Who We Are, Writing Daze

I am so with you on everything you wrote. As for Rachel's race, I understand the gymnastics as well as the expectations that you SHOULD write a certain book if you're a person of color. I need to listen to that NPR clip.
I posted about the "strong female" issue on my blog last week.

I wrote an unlikeable FMC. The book comes out next spring. I can't wait. :)

I really liked this, quoted in the New Statesman article re: Arwen: "you don't have to put a sword in her hand to make her strong."

Lots of people forget that, and that's one of the reasons the phrase "strong female character" has so many problems...there is no subtlety, and no room for it. Bah.