It's National Mental Health month, and I've been looking for books which fit the theme. While this book has a great many negatives for me, not the least because there is an unethical relationship with an adult that has a serious power differential involved, I found this book particularly interesting for its accurate depiction of depression. Reading this book was in some ways like watching a really slow car crash - all parties knowing it was a crash, too, but no one ever applying the brakes. That's what depression's like sometimes; it lies to you and says, "Why bother? There's no point." That's where the story begins.

Synopsis: Seventeen-year-old Molly Byrne is dragging through life. Ever since she ran away from a big swim meet - and thereby disqualified her whole team - she's been feeling like THAT little freakout is tattooed across her forehead in blazing red letters. LOSER! Despite the best intentions of her new medication, she can hardly look at herself in the mirror... but her natural-fiber wearing, stereotypical hippie-vegan bestie, Elle, has stuck with her regardless. Elle, whose rabid insistence on confronting strangers about their recycling habits sometimes makes Molly cringe. Elle, whose chipper insistence that Molly's job at FishTopia is oppressing fish, and she can't visit her there...still, no matter how loopy, good friends are hard to find. Just look at The Golden Girls, Molly's favorite TV show. Those four ladies never stay mad, and as old as they are, they'll be friends 'til the end... Unlike Molly's little sister Veronica. V. used to be one of Molly's biggest fans, but since she started working at the swanky jewelry store she does, they hardly ever speak. And Molly's mother treats her like she's spun glass, and a raised voice might make her break. Her 100 days of baking cakes as a weird family "bonding" thing is driving Molly crazy. It's a good thing she still has her shrink, Dr. B -- even if she's not exactly telling him everything about her life.

What really stresses Molly is that her Senior year is zooming toward her at an alarming pace - and it represents The End of All Things. Everyone is talking, talking, talking about GPA's and safety schools and she just wishes everyone could just -- STOP. Molly feels like she's caught in an avalanche of change, and she can't find a thing to hold on to. If only the world didn't have to change: not her job at FishTopia, not her easy friendship with her workmate, Alex, not her weekly visits with Dr. B, where she sits and gazes at his heroic jaw... nothing. She could watch Golden Girls reruns all afternoon, and Molly would even put up with Mom and her cakes if it meant that everything could stay the same, Molly could at least catch her breath. But, if you're not growing, you're dying - and even cakes have to come out of the nice warm oven sometime. Molly's tumble into reality - learning that FishTopia is being turned into a diner - is tough, but it's at least giving her ONE thing worth fighting for... if she could only figure out if there's anything else, everything would be perfect.

Observations: Many readers will find this a fun, contemporary romance of a girl who had a bad school year and a weird summer, pulling it together before the next school year. It will read, to many people, like a novel about a little bump in a girl's life, with a largely white cast of "normal" teens who shop at Hot Topics and make up much of the landscape of a lot of contemporary YA - which it exactly what this novel is. As Kirkus comments, for a book about depression, it's surprisingly happy-go-lucky. I'm going to look at this book, however, through the critical lens of mental health, which gives me slightly different viewpoints, and causes me to draw slightly different conclusions than many readers will. That being said, this is a book which is funny and fun in a lot of ways, and I can see some teens enjoying it greatly. 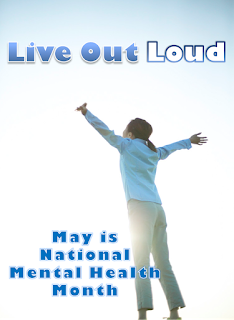 Readers familiar with the vicissitudes of depression with readily identify with Molly's long days of sleeping, her inability to even cross the room to turn off her alarm, her lack of hygiene and her sudden enthusiasms for inane little things, like her hermit crab, which only last until something isn't perfect about it. Her best friend and her sister loathe each other, and Molly can barely perk up an interest to wonder why. Her mother is frantically baking, and Molly doesn't have the heart for cake - especially her mother's badly baked ones. She seems to have a classically panicked reaction to failure at the swim meet just as everyone in her life is priming for Ultimate Graduate Success, and it's understandable. However insurmountable Molly's issues seem from the perspective of a reader, though, I found myself frustrated that a lot of things could have been solved by characters who could use their words, and communicate.

A longstanding lie which shapes Molly's life is revealed. When she discovers that what she believes isn't true from her younger sister, she is devastated and shocked. Both the lie and the fact that her sister was burdened with the knowledge while it was kept from her just shot my brows skyward. The mother in the novel really failed both girls in some colossal ways that could have been very dangerous.

Throughout the novel Molly's workmate, Alex, asks her out. Repeatedly. She feels stressed by this to the point of panic attacks. While his friendship is something Molly really values, the idea of being In A Relationship causes stress - and that should have been okay. It was handled badly between the two of them, feelings were hurt, etc. Instead of using their words and working through that, in the conclusion of the novel, Molly battles her "fears" and asks him to dinner. I found myself wishing that could have gone any number of other ways which allowed her to be fearful of a capital 'r' Relationship but cherish a friendship. I was disappointed that just because he liked her, and she was undecided, she seemed to feel that she had to do the dating ritual with him in order to keep his presence in her life. 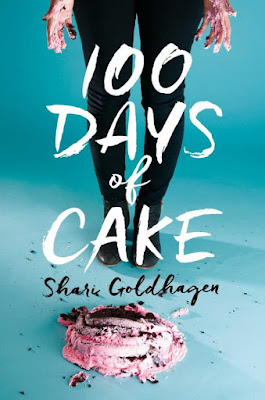 While the 100 Days of Cake was an interesting gimmick, I was surprised that there was NO discussion of sugar's impact on a person's mood. The novel had the stereotypical hippie-vegan built in, and she was already being pitched into a lot of stereotype about people who don't eat dairy, yet she said nothing. Any discussion about sugar being an accelerator to a bad mood, about dopamine production and crashes, about eating disorders being something that sometimes happens with depression - none of these ever happened. Molly's therapist KNEW her mother was making all of these cakes, and yet...? I found it really surprising that no one confronted the cliché that sugar makes everything better.

No spoilers, but... Two things REALLY bothered me in this novel. There is the aforementioned inappropriate relationship, then there's an assault which is left unreported. Regardless of whose fault it was, or who went where and "started it," etc. etc., it's left unreported, and the victim takes the responsibility onto herself. We know this happens statistically 80% of the time, that women and girls in the real world don't report, but I found it really troubled me, as the not-reporting seemed less about passivity or fear and more about "well, it wasn't his fault." While Molly is seeing a therapist for one issue in her life, it's a shame that the other is left unspoken.

Second, and no less importantly, I was deeply disappointed by the slut-shaming in the novel. Perky, bubbly, cheerleader Elle constantly degrades Molly's young sister, Veronica, because she wears stacked heels, clothes which reveal her arms or sides, and short dresses. The word "slut" is used more than once. These repeated incidents of hostility and nastiness made me want to scream. No one spoke TO Veronica to ask her why she was dressing that way, and Molly repeatedly admitted that she thought that her sister looked amazing - but she neither told her, nor did she correct her friend. That sort of thing is good for NO ONE'S mental health, and the whole idea of Elle's solidarity and sisterhood with the earth was ironic, when she couldn't even begin to see the damage she might be doing to a fellow human with her garbage. You're fine to wear what you want, but you're everything that's wrong with America. I couldn't understand where that came from, but found it remarkable that all of that cleared up when Elle got a boyfriend of her own. As far as the reader is concerned, Elle never apologizes to Molly's little sister, but apropos of nothing, Veronica mentions that she's a virgin -- which apparently makes it all okay, and apparently the abuse all rolls off of this fifteen-year-old girl's back. To which I said, "What?" Unacceptable.

Conclusion: A depressive teen addicted to a syndicated sitcom about witty old people who fix their problems in thirty minutes is a perfect metaphor for someone who hopes her depression can be cured in time for Senior portraits and a great future. It's not going to happen, of course; but in the meantime, this is a quirky, lighthearted novel of a family who did their best - even if it wasn't the right thing - and who weathered a rocky patch with lots and lots of cake.


I received my copy of this book courtesy of the publisher. After May 17th, you can find 100 DAYS OF CAKE by Shari Goldhagen at an online e-tailer, or at a real life, independent bookstore near you!