Straight writers worry about how to portray gay characters.
Caucasian writers wonder if they should attempt to portray characters of other ethnicities, while those outside of the dominant culture wonder if they're not representing if they don't write solely about their own culture.
Female writers worry about writing males -- and often are told they're stripping them of testosterone, while male writers tiptoe when writing female characters, and wait for the firestorm of female protest.

Some do, anyway. Others make bold sweeping statements like,I'm a good boy writer, and no girl writer is as good as me, nyah, nyah. Or, if they're the Indian author V.S. Naipaul, they say that there is no woman writer whom he considers his equal – and then single out Jane Austen as someone with whom he could never share such sentimentalism. Naipaul also said that women are never fully masters of their house, and that comes out in all of women's literature, AND that if you give him a paragraph or two, he can pick out anything that a woman has written. 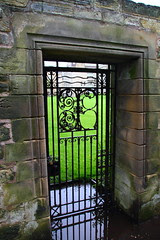 Um. Yeah. First of all? Our Jane wrote in the 19th century. That time is past, and none of us is ever going to be quite as innocent and sentimental as the people of that time. It has nothing to do with gender, and everything to do with the fact that there were no iPhones. Secondly, I had to read Naipaul for grad school. He is not sentiment free. I'm just sayin'. Thirdly, Naipaul wrote about colonialism. The South Asian characters whom he depicted were usually under the thumb of the British (or their wives, parents, mother-in-laws, or all of the above) and not in charge of their lives nor their households at times -- and yet: he is not a girl.

But what made me happy just now was seeing how the Guardian cheerfully challenged his statement about being able to tell gender in writing. They put together a little test. Try your hand at it. Can YOU always tell?

(I can't. I am, apparently, guilty of sloppy thinking, and should read more books by men...)

Meanwhile, writers are still worrying about everything. If you want to "man up" (oh, I hate that phrase, what the heck does it mean?)(No, don't try to explain, it's self-evident. It's still stupid, however) or "girly down" your characters, you can use the Gender Genie, but really - the trick is to have others read for you, read your work aloud, and understand that there isn't always an identifiable "thing" that males or females do. Just... write your characters as best you can, and carry on.

Stop worrying, k?
Posted by tanita✿davis at 8:15 PM
Labels: Random Notes and Errata, Soapbox, Web Wanderings, What We Do, Who We Are

Well allrighty then is exactly the right response.

I got the same test result!

According to the gender genie, however, my blog is written by a man...(with the occassional female guest post). Who knew?

The gender genie seems to also think I am a man (at least, judging by my last book review). So much for that!

And I got a mere 6 out of 10 on the Naipaul test, even though I've actually read a few of the books on the list. Meh.

A few years ago, I created exactly this kind of test on my blog--only I asked people to identify the gender of the narrator as well as the writer. (They are not always the same.)
Almost everyone scored around 50%, the rate for random chance.
I couldn't take my own test, naturally, so I'm glad this one exists. I scored 4/10.

All of which confirms me in the contention I've always had that the "humanness" of our voice outweighs the so-called "femaleness" or "maleness" of the voice--especially since not all women think and talk alike, nor do all men!

Naipaul fell into one of the oldest traps in the world: trying to rationalize one's belief that one's own group (whether sex, race, religion, etc.) is inherently and biologically superior to other groups. Observer bias in such cases is ENORMOUS.

I completely agree with that. And, as I was taking the test, I couldn't help but feel utterly baffled at how one would even begin to try to determine the gender of a writer from their writings...especially since gender is such a fluid concept with so much variation. I feel as if the minute I try to think about how I'd look for gender cues in someone's writing, all sorts of biases and assumptions in my own thinking would come out, but it wouldn't necessarily prove anything about the writing itself.

And then, what about a transgender writer? A gay or lesbian writer? Is their writing somehow characteristically "different?" I don't believe that either...

>>>"especially since gender is such a fluid concept with so much variation."<<<

EXACTLY. Who am I to tell you about your gender, about your inherent fe/male/ness? It's too huge a topic to sally forth and spout opinions on like this. Naipaul was perhaps looking for controversy, here? Because one would think, to a learned person, the idea of gender being fluid would be obvious...

Not that I'm calling him ancient (or making excuses for a viewpoint I find a bit repellent), but I suppose Naipaul is a product of an earlier time and place with a very different attitude toward gender. I can't help wondering if he feels the same way about literature produced by different races/ethnicities. (Of course, going down that road brings one dangerously close to the idea of "Jewishness" and "Bolshevism" that Hitler felt characterized Degenerate Art...) Placing an ethnic or gender tag on a particular style of writing or art doesn't HAVE to constitute a value judgment, but that's what is happening here.

Meh. He's ancient enough. And I kind of came to the same conclusion: he's speaking out of his time. I would actually be AFRAID to ask him about the ethnicity/gender thing. VERY afraid.

The Gender Genie scored 6/10 too! Of course I forgot to write down its answers other than on the test, so I don't know which ones were wrong, except for no. 10, which the Gender Genie said was a man.