What I Meant When I Said That About Science Fiction

(Greetings to Charlie Jane & any io9 Peeps, who may have wandered thisward from the recent Is the Golden Age of YA Science Fiction Already Over? conversation at io9). 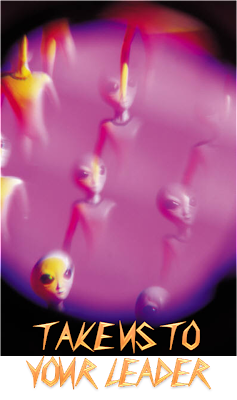 Gail @ Original Content gave me a heads-up about the conversation at io9 where we were both quoted.

To clarify the comments about YA Science Fiction I made here the other day: we saw vampires and zombies on the nomination list on the Cybils F&SF list this year. Of 134 books nominated in the young adult fantasy and science fiction category, we had few of what we can consider to be “real” science fiction – the kind that relies on actual science. (I can’t speak to what the middle grade science fiction and fantasy team faced, since I wasn’t on that committee, but their nomination list is also online right here.)

This year, we read:

(Fellow FSF Cybs peeps, please tap me if I missed any.) Of 134 books, eleven science fiction books just didn’t seem to be a good balance for a category that is Fantasy AND Science Fiction.

Please note, this was not to say that there have been no YA science fiction books written -- I repeat my plea, we want to hear about them at Finding Wonderland, especially those with multicultural characters. My complaint, as Charlie Jane reported, was that they weren’t nominated for the Cybils, and that they’re not being talked up as much in the general blogosphere.

This post is also not to down fantasy. You know we love our fantasy - including fairytale retellings and the occasional superhero. I’m just finding that my interest in vampires and zombies, werewolves, and faeries, even, has thinned down remarkably. Twilight’s massive success and editors seeking a piece of it have supersaturated the market with the undead and the everliving. I'd love to see people just as excited about books which underscore discovery, identity, exploration. Surely they can be as awesome as the undead, the immortals, and other revenants.

The thing is, I still believe we've got to dream the future before we can see it, and science fiction is all about the dream. The younger we start dreaming of a better world, the stronger the hope that we can have it. With science fiction, we can rewrite the future. We need it.
Posted by tanita✿davis at 4:16 AM
Labels: Fantasy/Sci-Fi

Fantasy is also about the dream, but it's not about a dream which can be made reality. In that way, SF is outward looking. Even when it considers the human condition and warns of us descending into darkness, it's still considering what might become of us.

Cyberpunk appropriated some of that, asking why 1950's Man was going to be running the world of the future, but it is still, at heart, Science Fiction; it asks the question, "Who do we want to become?"

You can escape from reality into SciFi ... but you definitely are doing so when you're reading Fantasy (even if it's making you think important thoughts).

Is it because nobody wants to really examine the future right now, that SciFi has been left behind a bit?

I know that quite a few people have writen about this in the past year or so, but I can't remember who (possibly David Brin?), and I think one conclusion they, whoever they are, drew, is that people aren't that optimistic about the future, hence the relative popularity of dystopias...

But looking over the list of nominated books, I think the boundaries between the genres are more blurry now than they used to be. It's no longer Unicorns vs Spaceships. Take something like Libyrinth--the books depends on the sci fi technology, it's possibly set on an alien planet, and yet it reads like fantasy...so which is it?

Or Worldweavers: Cybermage--it's computers (sci fi) meets magic (fantasy), so where do you put it?

And where would you put Girl in the Arena?

Interesting discussion, Tanita. I find, as I look at your list, that I'm generally more intrigued by science fiction premises than fantasy premises. Most of the books that you mentioned in this post are ones I either have read, or saw reviewed and thought "I must read that".

There's been a bit of discussion of SF going on in the comments of my recent review of The Comet's Curse - with people saying things like "well, it's not perfect, but we need more science fiction for kids, so I'm pulling for this series."

I'm straining to remember any year in the past decade when there were a large number of true sci fi teen novels published. In fact, I remember discussions 5-7 years ago about there not being ANY teen science fiction published that year.

Teens have always looked to the adult science fiction titles for their real sci fi.

Now this is not to say that there shouldn't be more science fiction for teens. Of course there should! But it does mean that this might be less about the current economic climate and more about teen publishing in general.

Charlotte: Ooh - thanks for reminding me about Academy 7 and Maze Runner. How could I have forgotten? I wasn't able to get Libyrinth in the UK in time - but it's on my TBR!

Now, the Cybermage series -- because it includes magic, I said "fantasy." It's like ghosts in the machine, right? But Girl in the Arena I kind of decided was fantasy... yet there was science... I guess... but the community was sheer fantasy... Yeah. That one was hard. I'd like to count it as SF, just to beef up the list!

Jen: The Comet's Curse now goes on my TBR for the selfsame reason; if we can say anything good about it at all for those seeking MG/YA science fiction, we should.

But it's sad people are so desperate!

Tasha: You're right - I certainly read adult science fiction when I was younger, because that's what there was. And yet, I adored stuff which was specifically for younger readers BECAUSE some of the adult stuff? Was really male-centric. That's a whole 'nother topic, there, but at least fiction for kids endeavors to support the idea that both boys AND girls can do things; the old-school writers like Heinlen, Bradbury, Asimov, Frederick Pohl, and Robert Silverberg acted like girls didn't exist. ONLY Ursula LeGuin, from that time period, did.

An adult sci-fi writer who also crossed the boundaries a bit into YA with some books was Anne McCaffrey, whose books I read prolifically as a teenager--and she, at least, assumed women existed and gave them prominent roles, even if they were still a bit pre-feminist in some books, if that makes sense.

I keep thinking, though, that the boundary between sci-fi and fantasy starts to get fuzzy and it's easy to get into an area of what I've been calling "science fantasy"--Doctor Who/Torchwood, for instance; anything steampunk, like Leviathan; and a lot of the difficult-to-categorize titles you mentioned. Alternate histories.

I guess my complaint is that sci-fi/fantasy is such a varied and EXPANSIVE genre by its very nature, yet we don't always see that reflected in what's published (or, I suppose, nominated for awards). What's given popular attention is fairly narrow in scope and imagination compared to what could be out there.

*snort*
"Pre-feminist.
That's a good word for those punishing kisses and men with that certain "glint" in their eyes, eh? That somehow mowed the women over and just DID THINGS, regardless of their wishes?

*sigh*
Yeah. Good old Anne McCaffrey. Forgot about her, because most of what I'd read of hers was dragons and such, until later in life, when I discovered that she wrote those Ship Who Sang books. Good times.

You know how I feel about Bradbury and I swear if someone doesn't get cracking on "R is for Rocket" or anything at all to do with Mars I will lose my freaking mind. Connie Willis had a great novella in space the last couple of years(from Sub Press - the title is escaping me right now) that was about a teen being selected for the space academy who didn't want to go. It was fantastic - exactly the kind of SF that I think you're talking about. I'm not looking for utopian visions but it would be nice to have the plot be about technology in the same way that fantasy is about vamps. In other words - give me coming of age but instead of tooling around town in my motorcycle I'm in a FLYING CAR!!!

I got around 800 books last year. I'm trying to think of any non dystopian SF. I'll have to get back to you with titles but I'm not thinking of anything right now.

"Theodora Baumgarten has just been selected as an IASA space cadet, and therein lies the problem. She didn't apply for the ultra-coveted posting, and doesn't relish spending years aboard the ship to which she's been assigned. But the plucky young heroine, in true Heinlein fashion, has no plans to go along with the program. Aided by her hacker best friend Kimkim, in a screwball comedy that has become Connie Wills' hallmark, Theodora will stop at nothing to uncover the conspiracy that has her shanghaied."


Now that's what I'm talking about!!!

I can't even think of very many sci-fi graphic novels, and you'd think that would be a GREAT outlet for teen sci-fi.

Colleen: LOVED D.A.
Love, love, LOVED it. Wished it had been longer, or had sequels. That was awesome, and I can only hope to do something that good... *crosses fingers*

This is a great post and discussion! Given that I'm writing a middle grade science fiction novel (heavy on the science - I have a Ph.D. in engineering), I was wondering the same thing. Where are all the SF books aimed at kids??

We'll see if I can get mine published, but I'd like to see more of the kinds of books that spurred my love of science as a kid.

Okay, now I totally have to read D.A., and I like the expression "Science Fantasy."
I remember a distinction was once made that sci fi was all head and fantasy was all heart - which is interesting, but the really good books seem to be both!
great discussion and post - thanks!
Namaste,
Lee