As you may know, I've been reviewing Cybils graphic novel finalists that I had to remain hush-hush about during the actual judging process in January and February. I thought, since it's Monday, and since I've finished reviewing all the Elementary and Middle Grade finalists, I'd put all the links here in a roundup for your convenience, or in case you missed them! 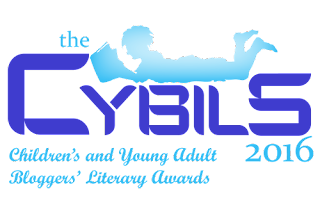 Princess Princess Ever After by Katie O'Neill

I also read The Wolves of Currumpaw, which was also a finalist, but I felt it was much more of a picture book/illustrated book than a graphic novel, so I didn't formally review it. However, you can read about it here on Kirkus.
Posted by Sarah Stevenson at 8:19 PM
Labels: AF, Cybils, Graphic Novels, Middle Grade, Reviews, Roundups