Synopsis: A content warning for suicide and troubling attention from adult men.When their parents depart on their long-planned for trip to Europe, 19-year-old Hanna springs the plan on her sisters, Megan and Claire - to take Mom's car the following day and go on a cross-country drive, from the Atlantic to the Pacific, Nova Scotia to Vancouver. Adventure, in the form of the Trans-Canada Highway is just a breath away - if they'll agree to it. 17-year-old Megan's not interested. She has a job and a life plan, to get fit for swim team tryouts come the fall, and she wants to stick to it. She likes adventure in measured, planned doses, nothing spur-of-the-second, like Hanna seems to always be. Claire, at fifteen, idolizes her older sisters, and only wants peace. If Hanna offers adventure, Claire wants to make sure she gets in on it - and that Megan goes along. And she does -- grudgingly -- briefly helping Claire create the united front of sisterhood. It lasts -- briefly -- until cracks begin to show.

There are other road-trippers along the way, hitchhikers, families, street buskers. Like a friendly butterfly, Hanna seems to alight on each one and engage with them, much to Megan's bitter observation. Aren't the sisters enough? Why does Hanna always have to go? Why can't she be average, like everyone else? She quits everything she starts - first University, then her nannying job in Italy, and now their big sisterhood trip. She talks them into attending the weddings of strangers, of bowling and partying, and she's not paying enough attention to Claire. She's such a sucky big sister.

There's something Hanna and Megan aren't telling Claire - something that happened with Hanna in Italy. Sometimes, Claire hates being the youngest, gets tired of keeping the peace between Megan's acid tongue and Hanna's blithe merriness. Can't Megan see there's something wrong with Hanna? No... of course not. Megan's suddenly got a crush on one of the people they meet along the road - and it's flaring up faster than Claire's ever seen. Hanna keeps disappearing, and Megan doesn't even notice. And, neither of her sisters can quite see that not all is well with Claire, either.

What started out as a lark turns into something deeper and broader, as the last summer three sisters are together ebbs and flows. They share a closeness and silently affirm their love, even as their good time eventually fades, like all things do, into memory. 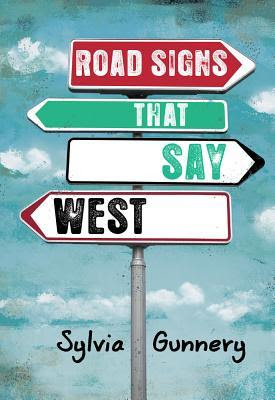 Observations: This is a quiet book, a literary book, and a difficult story to cram between two plain paper covers. A sisterly Bildungsroman is both vast and deep; it covers the happenings over a summer, but also the tendencies of a lifetime thus far, in a way. The narrative is more a series of observations from inside the mind of each girl, and isn't always seamless. The "head-hopping" can be frustrating for a reader seeking a typical narrative with a rising narrative arc, and this book might be more appropriate to an older reader. I think it crosses over well into being an adult read.

Things happen in this novel, and yet, not much does. It's a road trip; there are long silences, periods of silent anger, spontaneous, giddy parties with strangers, and a lot of examining internal thoughts. Hanna thinks a lot about the terrible job in Italy, and the way it ended, with confusion and accusation of things which didn't happen - but things which, she is ashamed to admit, she dreamed of happening. Are we responsible for our dreams? Because we might want something, does that make us as bad as if we'd reached out and tried to take it? Does that mean we attract more of the same? Is it our fault?

Megan seems merciless; unforgiving, exacting, keeping count of how many times Hanna has disappointed her, to the detriment of her own enjoyment of life, and of her seeing Claire as anything but Hanna's yes-woman. When she finally thaws, her sisters are surprised -- but she freezes up again quickly. The novel unfortunately doesn't spend as much time with Megan, or on expository dialogue to help the reader see her inner mind, and the reader is left wondering what she really wants, except for her sister, Hanna, to stop leaving her behind. Her prickly resentfulness is shown at the end as a held-over childhood resentment, which makes her seem more pathetic than angry.

Claire's loss is recent enough that the shock hasn't finished with her. She's walking wounded, but doesn't know it, until she sits down long enough for the thoughts to filter through. It hits her, on this trip, that the friend she lost is never coming back, ever. She doubts herself, and second-guesses all of the conversations she had. Why hadn't she seen it coming? What does it say about her, that she missed so much pain? What if it happens again? Suddenly, Claire feels like a tiny speck in a massive world that has spun out of control... and her sadness is so great that it's crushing her. Maybe this is how her friend had felt, too...

The novel ends with trailing threads, and for some, the end will seem jarring. But, a road is a constant, just as the narrative of sisterhood and the process of growing, maturing, and separating is a common experience, in many ways. This constantly shifting narrative means that some things aren't resolved in this novel - bitterness remains bitter 'til the end, losses still pain, good times are ephemeral. The road goes on, but the one thing that remains is sisterhood. Despite everything, these girls will always be related.

Conclusion: Definitely not for the common crowd, this novel is made up of the pauses between growing pains, and will find its audience among those who have wished to draw closer to their families and see them as complex and enigmatic human beings, instead of the familiar souls they've always known. Perfect for people transitioning through stages of life, and wondering what more is out there.


I received my copy of this book courtesy of the publishers. After May 1, you can find ROAD SIGNS THAT SAY WEST by Sylvia Gunnery at an online e-tailer, or at a real life, independent bookstore near you!