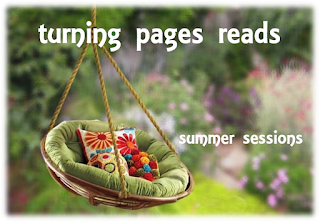 So, this book was agonizing. Yeah, that's really the only word, agonizing. As the title suggests, the storyline features a lot of angst, and I read it with a rock in my stomach. I approached this novel with a healthy serving of caution. I've read novels with fat heroines before, and many, many times the fat-but-magically-goes-to-thin thing is used, and all of the character's triumphs and joys are found within their thinness, instead of accepting the joy to be found in their just-as-they-are-ness, which is what we really have to do to be truly happy. I was afraid that this was going to be that novel. Fortunately, it wasn't. In some ways, it was much better than that, but in other ways, it was much, much worse, and equally troubling...

Synopsis: Chelsea Duvay is a gifted singer with an amazing musical memory, an avid pedicure fan, and a peep-toe shoe lover. She's a bright student, and has gorgeous hair. She has amazing feet, with straight toes. She is articulate and intelligent, but ...she's in high school where none of that is visible because her stomach isn't flat and her hips are wide, and in high school, sometimes the cover is all that can be seen of the book. But, nice girls endure. They don't drop out of school, they don't scream at the world, they suck it up and go on, because... well, this is the drill, isn't it? It's high school, and it's what has to be done.

Chelsea sings with gusto - at home - with her Dad, while they watch musicals they've seen so often they can recite them. Chelsea paints her toenails. She eventually answers back to her Mom, who is naturally very thin and who drags Chelsea to weight loss clinics and tries to "organize" her. But, all the while, there's this little cartoon bubble over her head that seems to say, This isn't my real life. Which is unfortunate, but familiar; it's how a lot of us spent high school. Just... enduring. Chelsea's Film as Lit class is where it all begins to turn around. Melody, an intense young lady with a penchant for wearing a different "costume" every day, asks Chelsea the favor of filming her for their autobiographical films for Film as Lit. Gradually, their friendship grows and strengthens -- which is what Chelsea needs, because she is assaulted in a vicious and violent way. Her silence and her inability to feel like she is owed anything more than endurance allows the perpetrator to believe that he's got the right to the way he treats her, and he continues.

Chelsea endures - right up to the end. Eventually, endurance grows into something stronger, and the reader is left with hope for Chelsea's future strength and determination to give her all that she needs.

Observations: First of all, Chelsea isn't actually FAT; she's described as 5'6" and about a hundred and seventy pounds. My first reaction was, "So what?" which is the whole point of the novel, in some ways, and mostly, it's an artifact of Chelsea's exaggerated self-assessment, due to her anxiety. On the other hand, because of her weight, or with it, or in spite of it - however you want to put it - Chelsea likes herself. Wholly. And that was nice:

p. 35, from an uncorrected proof -
"These huge guys are hired because they are huge, athletic guys, and use their weight to their advantage. THey smash other players flat. They ambush them. They pulverize the other team. When the really big guys take out the quarterback, everyone groans because the QB might not get up again... Where is there an occupation for overweight women? Where is it okay for large women to be really good at, well, being large?"

And then, after she's listened to the painful-but-funny "I got stuck" stories at a Calorie Counters meeting, and the leader takes over:

p. 215-6 - uncorrected proof -
"We can do something about our inability to fit. And should. It is time for us to take control of our lives nad lose some weight. Not for the world, not to ride the roller coasters, but to be healthy and to feel good about ourselves."
The group nods.
I turn off my camera, stand up, and walk out the door.
It feels like giving in; like succumbing to the pressure of the half-anorexic world around us. Why can't people like me for who I am? I do not understand and I'm not sure I ever will. Chelsea's anxiety made this very difficult to read. Especially as we share a lot of similarities, reading about how she was assaulted and bullied and developed dizzy spells and hives instead of speaking out brought out hives on me. So, this is your belated trigger warning: Please note this warning for an assault in the book which is never resolved by authorities, and because Chelsea is terrified, she never reports him, which is realistic, but not the best choice. For anyone who has suffered through bullying about body issues, this may bring on some really wrenching anxiety and a lot of emotion.

Chelsea feels she's judged a great deal, and has the automatic reflex to judge others first - to retreat, to withdraw, and to think that someone else will be thinking the worst of her. This is pretty common for anxiety, and readers who haven't experienced anxiety may feel she's unreasonably mean or unsympathetic. All of humanity, unfortunately, is pretty judgemental, and most of us have learned to strike first before we're struck - for people with anxiety, this can be exaggerated at times. Having a hugely inflated sense of the consequence of one's slightest error makes this a really accurate account of how a person struggling with social phobias might feel. That was very well characterized.

Dealing with that anxiety, however, I feel the author made a misstep. One thing which pulled me out of the story was that Chelsea took a pill and found immediate change in the way she felt. Full disclosure: I have never taken a drug for social anxiety, but my understanding of pharmaceuticals is that they take from four to six weeks to work, so despite commercials, they cannot be taken "as needed." The drug name is imaginary (actually, there's a drug with a name which is close to it, but is an antibiotic illegal in the US), so I couldn't check if there was really a drug which worked faster than others. As I used to tell my students who were on Ritalin, there is no such thing as a magic pill. I found it hard to accept when Chelsea medicated one morning and then was able to perform in school - raise her hand, engage, speak to people, not feel she was being stared at - with just a single dose of the drug. I REALLY would like that drug if it exists, but I fear that it doesn't, and that this sets up readers to believe that their problems with anxiety could be so easily solved. If other readers who have experiences with anxiety meds would like to chime in in the comments, I'd love to hear their take on this.

And, so as not to include spoilers: The assault is filmed - and put up on social media. Instead of reacting to get the images removed, when Chelsea sees them, she thinks, "Huh. I'm not so bad after all." Um. This is problematic for me, on so many levels I ... couldn't... even. It is still reverberating with me, hours later, as I go back and forth. Can we be empowered by images of an assault? Can we turn that around to be positive about it? Yes... I guess. But, ...should we? That, I just do not know. I just don't. And I'm... yeah. Body positive is so great, but... my body pinned down and photographed and slapped up on Facebook without my consent? No. I'm sorry. There is nothing empowering about non-consent. Nothing.

Conclusion: A book with a lot of good, but with a lot of confusing messages, NICE GIRLS ENDURE contains a difficult but important look at loving yourself, how we view the weight of the expectation of others, and the importance of holding onto our souls' beauty with both hands. I remain VERY strongly convinced that had Chelsea's assault been dealt with outside of Chelsea's own head it would have been a better novel, but regardless of the author's choice, I hope this is a book which will generate a lot of positive conversation about the self-worth and dignity and determination which is owed to all of us, no matter our appearance, talents, or size.


I received my copy of this book courtesy of Capstone Press. After August 1, you can find NICE GIRLS ENDURE by Chris Struyk-Bonn at an online e-tailer, or at a real life, independent bookstore near you!

you're spot on with the meds. no antidepressant (what she would have been prescribed) works immediately. 4-6 weeks is usual. And meds alone are rarely adequate. meds combined with psychological therapy and family/friend support is more effective but it doesn't sound like this happens in the book. Seems like there are so many problems with this book

@ceilingofwax: I was so disappointed, because I want to recommend books which have accurate information about anxiety in them, and which are body positive, and ...can't do that. Thanks for stopping by, though.